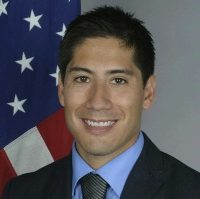 Steven Feldstein is a Nonresident Fellow in Carnegie’s Democracy and Rule of Law Program, where he focuses on issues of democracy, human rights, governance, rule of law, political reform, security, emerging economies, and Sub-Saharan Africa.

Previously, Mr. Feldstein served as Deputy Assistant Secretary of State in the Bureau of Democracy, Human Rights and Labor (DRL). He is responsible for DRL’s work in Africa, international labor affairs, and international religious freedom. Before his time at the Bureau of Democracy, Human Rights and Labor, he served as the Director of the Office of Policy in the Bureau for Policy, Planning and Learning at the U.S. Agency for International Development and was responsible for guiding strategic planning and operations, providing high-level policy direction on emerging issues and priority areas, and shaping USAID’s policy leadership in the development community.

From 2007-2011, he served as Counsel on the Senate Foreign Relations Committee (under former Chairmen Joe Biden and John Kerry) where he oversaw a portfolio that included oversight over all U.S. foreign assistance agencies, budgets and programs, State Department management and operations, and international organizations. He has also worked at the State Department for the Under Secretary for Economics and Business Affairs, as well as with the International Rescue Committee in Rwanda and Croatia. He is currently a member of the Board of Directors for the Society for International Development – Washington Chapter, and has taught at American University’s School of International Service. He is a term member of the Council on Foreign Relations and received his J.D. from Berkeley School of Law and his A.B. from Princeton University. He was born and raised in Bloomington, Indiana.