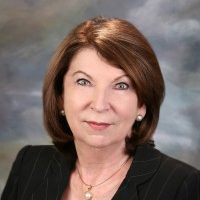 Judith Hermanson is the President and CEO of IHC Global (formerly the International Housing Coalition).   With over 30 years of international experience in housing and urban development, civic engagement and organizational management, she has held key leadership roles in two of the largest US-based non-profits working internationally (INGOs).   Most recently she served as the Deputy Executive Director and Chief Operating Officer of the Pan American Development Foundation (PADF), where she was responsible for day to day management oversight of headquarters and field operations throughout Latin America and the Caribbean and for developing and executing PADF’s five-year strategic plan with its $350 million resource mobilization goal. Previously, Judith was the Executive Vice President of CHF International (now Global Communities) and played a key role in its growth from an annual budget $2.5 million budget to a budget of $400 million with impact in 30+ countries worldwide, designing and managing a diverse portfolio working at the local project and national policy levels.  Judith was proud to receive the NAHRO John D. Lange International Award for the achievement of demonstrable results in international development, specifically for her work in Eastern Europe and the Middle East.

Between her work at CHF International and PADF,  Judith was a tenured professor of public administration at Northern Illinois University, where she also was Inaugural Director of the NGOLD Center, a degree-granting, inter-disciplinary center for the study of non-profits and civic engagement.  Prior positions include: Senior Fellow for Urban Development at InterAction, Director of the Office of Policy and Program Evaluation, (Office of the Assistant Secretary for Consumer Affairs and Regulatory Functions) at the US Department of Housing and Urban Development;  Director of the Peace Corps’ Africa Office of Programs and Training for Africa; and Associate Peace Corps Director in both Uganda and the Philippines.  She has carried out short term technical assistance assignments in 50+ countries in all geographic regions, has published frequently on international development issues, including urban development, and presented her independent research with an emphasis on linking policy and practice both internationally and domestically.

Judith received her undergraduate degree with high honors from Smith College and her PhD from The George Washington University.  She received an honorary doctorate from the American University of Paris in 2014 for her services to international education and development.