Board And Staff (Old)

Bob Dubinsky, Chairman of the Board

Until July 2011 he was the IHC President and CEO. He is experienced in all facets of project manage­ment and research, specializing in project design and implementation, program evaluation and manage­ment, and policy and institutional analysis. Prior to joining the IHC, Dubinsky was a housing, local government and urban development consultant and policy analyst. Previously he managed local government, urban development and housing projects for the International City/County Management Association in Slovakia, Hungary, Poland, Romania and the former Soviet Union and worked for USAID in Washington, Israel, Jamaica and throughout the Caribbean. He is a graduate from Harvard College with honors. 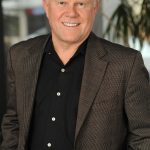 Steven Feldstein is a Deputy Assistant Secretary of State in the Bureau of Democracy, Human Rights and Labor (DRL). He is responsible for DRL’s work in Africa, international labor affairs, and international religious freedom.

Previously, Mr. Feldstein served as the Director of the Office of Policy in the Bureau for Policy, Planning and Learning at the U.S. Agency for International Development and was responsible for guiding strategic planning and operations, providing high-level policy direction on emerging issues and priority areas, and shaping USAID’s policy leadership in the development community.

From 2007-2011, he served as Counsel on the Senate Foreign Relations Committee (under former Chairmen Joe Biden and John Kerry) where he oversaw a portfolio that included oversight over all U.S. foreign assistance agencies, budgets and programs, State Department management and operations, and international organizations. He has also worked at the State Department for the Under Secretary for Economics and Business Affairs, as well as with the International Rescue Committee in Rwanda and Croatia. He is currently a member of the Board of Directors for the Society for International Development – Washington Chapter, and has taught at American University’s School of International Service. He is a term member of the Council on Foreign Relations and received his J.D. from Berkeley School of Law and his A.B. from Princeton University. He was born and raised in Bloomington, Indiana.

Susan Corts Hill is a public policy consultant. She is a former President and CEO of the International Housing Coalition.  Prior to her position at the IHC, she worked as the Director of Public Policy at Habitat for Humanity International, with the U.S. Department of Housing and Urban Development and a supportive housing developer in New York City, and as an attorney in private practice.  She received a B.A. from Samford University, M.P.A. from New York University, and  J.D. from Georgetown University Law Center. 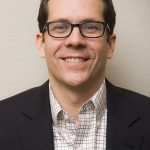 Christopher Vincent works in Habitat for Humanity’s headquarters office in Washington, DC and serves as the vice-president of government relations and advocacy.  His responsibilities include directing HFHI’s global advocacy strategy, working to influence policy and systems globally to increase access to adequate and affordable housing.  He is also responsible for overseeing the government relations and advocacy efforts directed at influencing U.S. state/local, federal and international policy, for managing the global advocacy team, managing advocacy campaigns, and managing the daily operations of HFHI’s office in Washington, DC.

Christopher graduated from the University of North Carolina-Chapel Hill with a double major in International Studies and Anthropology.  He and his wife, Katharine, have 3 children, Liam, Scarlett, and Gavin.

David Wluka represents the National Association of Realtors on the IHC Board. He has been a Realtor for more than 35 years, and is a member of the National Association of Realtors, the Urban Land Institute, and the American Planning Association. Mr. Wluka has served and chaired committees at NAR including the Land Use, Property Rights & Environment Committee, the Smart Growth Working Group, the State & Local Issues Committee, the Public Policy Coordinating Committee, and the Housing Opportunity Committee.

A the state level, Mr. Wluka was the 2006 President of the Massachusetts Association of Realtors, chaired the Quality of Life Working Group and has spoken nationally on Smart Growth Issues.  Mr. Wluka has provided real estate consulting services to municipalities, government agencies, land owners and developers in Massachusetts, Rhode Island, New Hampshire and Maine since 1968. Mr. Wluka is a Boston University alumnus from which he received a both a bachelor’s degree and a Masters in Urban Sociology.

Peter Kimm is the Emeritus Chairman of the Board of IHC.  He is a widely recognized advisor on housing and urban programs in developing countries. His clients have included USAID, the United Nations, the World Bank, Habitat for Humanity, the Cities Alliance and The Communities Group.

Mr. Kimm was Director of Housing and Urban Programs for most of the 36 years he worked for USAID, where he ran the  U.S. government’s worldwide housing and urban program activities. He has practical, hands-on experience throughout the developing world and has written and lectured widely about housing policy and housing finance.  Mr. Kimm is a graduate of the Cooper Union in New York City and received his professional engineering license from  New York State .

Janet Branton is the Senior Vice President, Commercial & Global Services at the National Association of REALTORS®. She has 27 years of association management experience and has been with NAR for 16 years. Prior to joining NAR, Janet served as a local AE with three real estate associations in Florida.

Janet has a B.A. degree in Political Science with minors in French, Spanish, and Sociology from Auburn University, and did graduate work toward an MBA with an emphasis in Organizational Management. In 1997, she earned the prestigious Certified Association Executive (CAE) designation from the American Society of Association Executives (ASAE). In 1999, Janet was the first AE to earn the Certified International Property Specialist (CIPS) designation from NAR.

Janet is responsible for managing NAR’s Commercial and Global programs, including partnerships with 87 real estate organizations in 66 countries. In 2012, Janet received RE/MAX and RisMedia’s “On the Shoulders of Giants” award for her contributions to the industry, and

Larry Hannah is an economist who spent 30 years as staff at the World Bank. In most assignments he focused on housing policy, housing finance and regulatory issues related to the housing sector. Tenure choice and policies toward rental housing were one organizing principle that characterized his work. He led and contributed to Bank analytical work and operations in most regions of the world. Since his retirement at the end of 2007 he has continued similar work on behalf of foundations, UN agencies, think tanks and consulting firms, mostly in Asia and Africa. Mr. Hannah is a Canadian national educated in his own country and the US.

Tom Kingsley is a senior fellow at the Urban Institute where he served for 11 years as director of the Center for Public Finance and Housing.  He previously served as director of the Rand Corporation’s Housing and Urban Policy Program, and as Assistant Administrator of the New York City Housing and Development Administration (responsible for the agency’s budget and policy analysis functions). In the United States, Mr. Kingsley was co-director for the 1990s Ford Foundation sponsored Urban Opportunity Program, which produced four books on the status of urban policy issues in America.  He has directed several other policy research programs, including testing the market effects of housing allowance programs and, more recently, Urban Institute projects on the spatial pattern of concentrated poverty and the neighborhood impacts of the foreclosure crisis.  He was the founder, and then for 18 years director, of the National Neighborhood Indicators Partnership—a network of local data intermediaries in over 30 cities, established to further the development of advanced data systems to enhance decision-making in local governance and community development. His international work began as a member of the Ford Foundation team that helped prepare the development plan for Calcutta India in the mid-1960s. He has since completed numerous short term consultancies in the developing world and managed several major projects, including serving as the UN-Habitat Chief Technical Advisor for Indonesia’s National Urban Development Strategy Project (1982-1985).

Roger Williams is the founder of Rogelio Williams & Associates, a domestic and international consulting firm specializing in advising on a wide range of issues involving community development.  Prior to founding RW & Associates, M. Williams was a Senior Fellow/Director for Neighborhood Development at The Annie E. Casey Foundation.  He has been a Vice President at both Fannie Mae and Freddie Mac, and Senior Vice President at First Union Bank and the Dime Savings Bank of NY. Mr. Williams received a Juris Doctorate from New York University School of Law and a Bachelor of Arts degree from Haverford College.

Judith Hermanson is the President and CEO of IHC Global (formerly the International Housing Coalition). Judith has more than 30 years of international experience in housing and urban development, civic engagement and organizational management. Most recently she served as the Deputy Executive Director and Chief Operating Officer of the Pan American Development Foundation (PADF). In this capacity she was responsible for developing and executing PADF’s five-year strategic plan and for oversight of organizational and program operations. For 17 years, Judith was the Senior Vice President of CHF International (now Global Communities). She worked on a diverse portfolio, and while there was awarded the NAHRO John D. Lange International Award for the achievement of demonstrable results in international development, specifically for her work in Eastern Europe and the Middle East.

She was a tenured professor of public administration at Northern Illinois University, where she also was Founding Director of the NGOLD Center; was the Director of the Office of Policy and Program Evaluation in the Office of the Assistant Secretary for Consumer Affairs and Regulatory Functions, at the US Department of Housing and Urban Development; established the Peace Corps Africa Region Office of Programs and Training; and served overseas as an Associate Peace Corps Director in Uganda and the Philippines.

Anjali Bean is the Program Manager for the International Housing Coalition. Anjali graduated with honors from American University in Washington, D.C. with a degree in Environmental Studies and International Relations. Her studies included a semester in Nairobi Kenya, studying sustainable development in a dense urban environment, with a specific focus on land and housing. Prior to joining IHC, Anjali worked for Habitat for Humanity International and the Green Belt Movement.