Women and water: a look at water insecurity in the 1,000 days 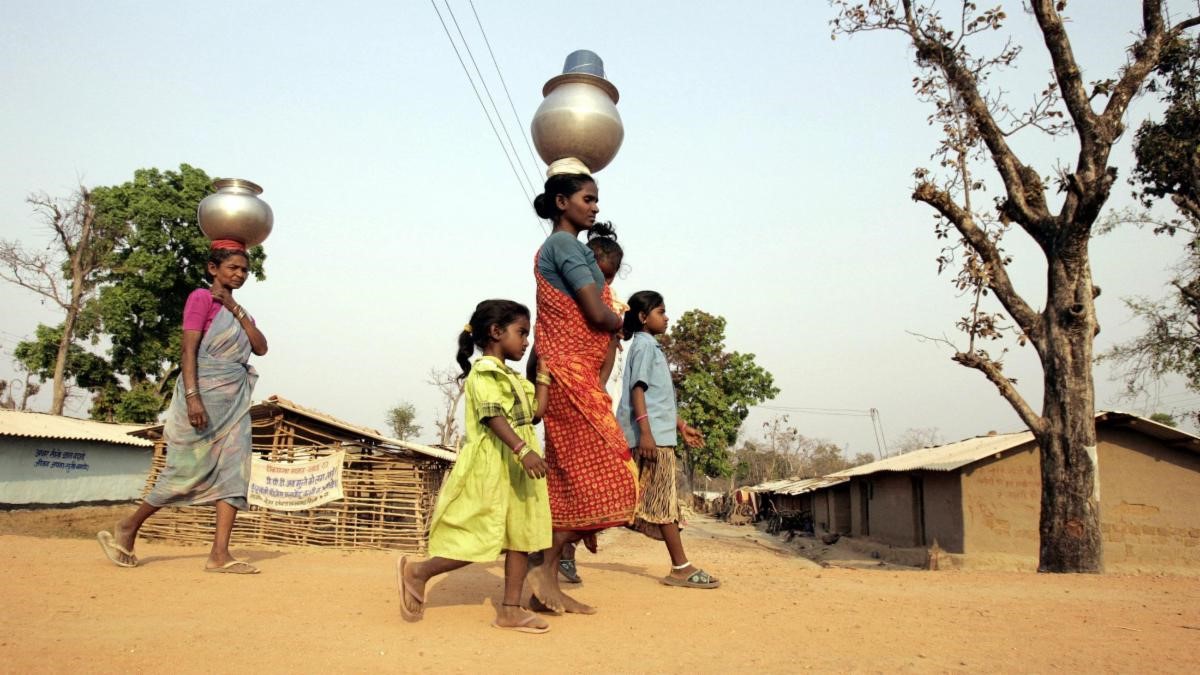 This article is the first in the author’s three-part series focusing on urban water, hygiene and sanitation (WASH) and the issue’s relationship to gender inequity. You can find the other two articles here and here.

This week marks the 29th annual World Water Week in Stockholm. Since 1992, World Water Week (WWW) has served as the focal point for global water issues and as a forum for conversations around water, sanitation, and hygiene (WASH). IHC Global understands that WASH is indispensable in fostering healthy and inclusive urban communities. Access to clean and safe water remains, however, elusive for large numbers of people in urban centers throughout the world. A lack of available, clean water in households and health facilities has a noxious impact on entire urban populations. But the burden falls most heavily on women. That is why this year’s WWW theme, Water for society-Including all, is key to improving the lives of poor urban women.

In cities across the world, and especially in rapidly urbanizing countries of the Global South, water insecurity disproportionately affects women and girls. Women and girls are frequently responsible for water acquisition, a task made difficult and dangerous in water-stressed areas. A widely disseminated World Resources Institute report published this month has drawn attention to the looming water crises facing cities around the world: more than a third of major urban areas are under high or extremely high water stress. In certain areas of the world, such as sub-Saharan Africa, where over 1/3 of the population resides in cities, urban water insecurity is especially pronounced. In Lagos, Nigeria, for example, over half of urban households lack access to piped water, relying on groundwater wells or captured rainwater.

Urban water inaccessibility presents challenges that extend beyond family households—it is a major problem in health facilities as well. A recent report by the United Nations Children’s Fund (UNICEF) and the World Health Organization (WHO) found that 900 million people worldwide receive treatment from health facilities without clean and reliable water; a significant proportion of these 900 million are city-dwellers. The report finds that in sub-Saharan Africa, one in four urban health facilities has limited or no water service.

Pregnant and postpartum women disproportionately experience the impact of these water-insecure health facilities. For pregnant women and new mothers, the period that spans from the inception of pregnancy through the first two years of her child’s life is referred to as the 1,000 days, and it is a period of particular vulnerability for the female body. During these 1,000 days, women in many regions maintain their task of water acquisition, accountable for water in up to three-quarters of households. This responsibility lasts often up until labor and then resumes shortly thereafter.

Water insecurity has pernicious effects on all three stages of a woman’s 1,000 days: her nine months of pregnancy, her labor, and her two years postpartum. At a more basic level, adequate water is necessary to accommodate the needs of the fetus and mother during pregnancy. Other threats are, however, less intuitive.

Pregnancy renders water both more difficult to acquire and more imperative for proper physical health. It would seem that the more a pregnant woman needs water, the more onerous its procurement becomes for her. Faculty at Northwestern University interviewed women in western Kenya and found that many underscored a direct link between water acquisition difficulties and pregnancy complications. Pregnant women are more prone to injuries en route to water sources, heightening risks of miscarriages. Furthermore, the physically taxing nature of obtaining water lends itself to exhaustion and pain, which contributes to prepartum complications. Inadequate sanitation access, closely linked to and influenced by water security, poses similar threats. In another study, women living in informal settlements in Jaipur and Pune, India cited the poor lighting and slippery floors of public toilet facilities as significant risks of injury during pregnancy. Not only are pregnant women more likely to fall and experience injury, but urination often becomes more frequent during this period, further exposing women to this threat.

The threats of water insecurity are not just physical in nature, however—there is too often an overwhelming toll on mental health. Women describe water acquisition as a frequent stressor, which can prevent adequate sleep during a period when rest is especially important to a woman’s wellbeing. There exists also a sense of shame for women, who may feel inadequate when they encounter difficulty securing water for their household. Exacerbating this concern is the threat of domestic violence in instances of household water shortages. In fact, some pregnant women become so fearful of abuse that they make a devastating trade-off: allocating more water for their male partners and less for themselves, in turn forgoing their own needs.

“When my husband comes home, he wants to bathe, he will ask why there is no water and I tell him that I went and found a long queue … You will quarrel, and the man will ask you what your importance is to the family if you cannot fetch water.”

Pregnancy, though a significant portion of the 1,000 days, is not the only period of particular vulnerability. Inaccessible or unclean water increases the risk of health complications during delivery and postpartum; this is when water-insecure health facilities have the greatest harm. In low- and middle-income countries, an estimated 10-15% of maternal deaths are due to infections that result from unhygienic conditions. During delivery, health workers must be able to clean medical instruments and surfaces, utilize sanitation facilities, and, perhaps most importantly, wash their hands. These actions prevent maternal deaths caused by infection, sepsis, and diarrheal disease. Water insecurity also magnifies postpartum risks, when the female body remains vulnerable to infection. A unique concern for postpartum women, however, is the effect of inaccessible water on breastfeeding. Women who breastfeed in water-insecure settings run the risk of dehydration, and clean water for washing is necessary for a woman to keep her breasts hygienic during feedings.

It's a problem here too 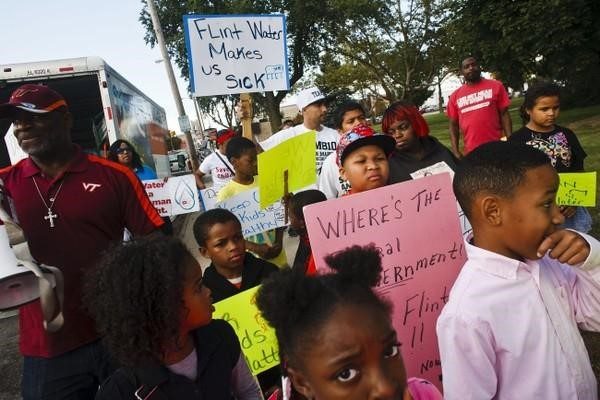 It is easy to assume that the challenges associated with urban WASH are exclusive to cities of the Global South, but water insecurity plagues the United States too. Five years ago, the water crisis in Flint, Michigan, opened many people’s eyes to such gaps in basic water services in this country. When the city of Flint switched its drinking water from Lake Huron and the Detroit River to the Flint River in 2014, lead contaminated the city’s drinking water. Within months, the number of infants and children with elevated levels of lead nearly doubled. While lead poisoning had severe effects on the health of the city’s children, pregnant women have also felt the effects. Women in Flint are experiencing higher fetal death rates—the rate of fetal deaths after the 20th week of gestation. And Flint’s women are not the first to have this problem. Studies of fetal death rates among women in Baltimore and Washington, D.C., have also drawn links to lead exposure. It seems that here, too, women often bear the brunt of water insecurity. Meanwhile, America’s aging water infrastructure, paired with the effects of climate change, leads experts to believe that water will become increasingly unaffordable and inaccessible.

The United Nations identifies water as a human right, acknowledging it as “a right to life and to human dignity.” The UN connects water to numerous other aspects of international development like gender equality and safe and inclusive cities, as specified in Sustainable Development Goal (SDG) 5 and SDG 11 respectively. The absence of secure urban WASH during the 1,000 days hinders a woman’s ability to determine her own life outcomes, to participate in her city, and to experience full human dignity.

Looking ahead, current urbanization and climate trends necessarily mean that concerns related to water insecurity will hold even greater relevance. The share of people living in urban areas is expected to increase across all regions in coming decades; and, though the percentage of slum-dwellers is falling in many countries, the sheer number of people living in urban slums remains comparatively more stagnant. These urban poor tend to also be most vulnerable to climate disasters, which threaten water supply and infrastructure. And for poor urban women, this vulnerability entails greater risk during the 1,000 days.

Discussions surrounding the future of urban areas must account for water security, or lack thereof. Furthermore, organizations, leaders, and community members must be cognizant of the vulnerability and importance of the 1,000 days for poor urban women in this context. It is what women want, and it is what healthy cities need. 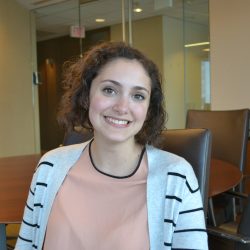 Author Gaby Alfieri is an intern at IHC Global. She is a rising sophomore at Northwestern University studying history and global health.