– the quality of being equitable, of moral righteousness, to uphold the justice of a cause

– having or showing quick intelligence or ready mental capability

– an instrument of manual operation

Last summer I attended an event held at the Museum of Modern Art in Queens (MoMA PS1) sponsored by Allianz, MoMA’s partner for design and innovation as well as one of the largest insurance companies in the world. The event centered on how the practice of “blending disciplines can create a more equitable, vibrant, and sustainable community of cities.” Allianz’s representative delivered the program introduction, enthusing about the limitless possibilities of smart technology – notably, our soon to be ability to get takeout food delivered by flying drones.

The panel that followed continued to focus on the flashier aspects of new technologies, until Beth Novek, Director of the Governance Lab and its MacArthur Research Network on Opening Governance, reoriented the conversation around unequal access to things like education, resources, and culture and reiterated the importance of using technology to level the playing field. Aside from Novek, the discussion seemed largely disconnected and detached from reality. It is not uncommon that in certain environments, words like “technology” and “smart” evoke people’s imagination around flying take-out food, but as someone who has spent a significant amount of time working in informal settlements in cities around Brazil and in low-income communities in East New York, these words have more modest and much less futuristic meanings.

To me, technology, what is behind the “Smart City” concept, is a tool like any other. It is thought out by us, used by us, and it can both have positive and or negative consequences. Inspired by Novek’s unique stance during the panel discussion, I took the opportunity, during the audience Q&A period, to ask the panel how they thought we could bring discussions like this to the places where the blending disciplines for an equitable, vibrant, and sustainable future of cities is genuinely needed. I often feel like in events like these we end up listening to the same type of experiences and perspectives. The response I received missed the core point. Rather than talk about inclusion and equitability, the respondent, Allianz’s representative, insisted that the generational diversity of Gen Z employees gave the company credibility and the necessary diversity to lead the conversation.

As Shonte Eldridge noted in her article for this IHC Global series, community engagement through several instances and throughout projects is crucial to ensure that a multiplicity of voices participate in the discussion. While this is key, I believe we must take this argument further: to ensure justice and equality, communities must have power and access to resources, community processes are not enough. Without power and resources, community engagement processes can become meaningless. We have seen it happen. At worst, large-scale real estate developers and city agencies host community engagement processes as a conciliatory show, rather than for a genuine exchange of viewpoints or for joint decision-making. In many cases, developers discount the opinions of the communities they hope to appease while continuing to build high-end real estate and luxury condos in historically forgotten and disinvested communities, a trend we see happening all over the world’s biggest cities. Local and federal government agencies often hire third-party nonprofits or consulting firms to lead “community envisioning” sessions, but often the plans have already been drafted and only symbolic requests from communities are incorporated.

To truly and effectively engage communities in the process of determining the shape of their cities and consequently their own life outcomes, city-dwellers need more than a seat at the discussion table. They also need power and resources to help shape the places they call home. This is especially true for the historically underserved and those often pushed to the margins of society: low-income communities, people of color, and women and children.

As a Brazilian living in New York City who works with underserved and low- income communities in East New York, I cannot stop comparing my previous experiences in South America with my experience now. East New York has been called the “ungentrifiable neighborhood,” but since its rezoning, that belief has been proven wrong. And even though cafes haven’t set up shop just yet, homeowners have been experiencing aggressive harassment from Real Estate Agents urging people to sell their homes. I have been working with low-income homeowners in a Pilot Program from NYC City to support them in converting their basements into legal, safe, and affordable apartments. In contrast, in low-income communities in Brazil, I worked side-by-side with people, many single mothers, who had no formal homes and often lived in wooden sheds with no windows, no toilet and sometimes no electricity. These experiences have taught me to question the voices making decisions and be bold when asking uncomfortable questions, especially when attending events such as the previously mentioned. It sometimes seems that these events use buzz words like “equitable and just” to advocate for gadget cities, not equitable cities.

I recently had the privilege of speaking with Zelia Do Nascimento, a community leader and friend I deeply admire and had the pleasure to work in Rio de Janeiro. Zelia is a fierce woman who fights for the dignity of her community. She has been living in Vila Beira Mar, a favela in Rio de Janeiro, for 28 years and has been a prominent community leader for 15 of those 28. And even though she has served her community for that long, she mentioned that men still have difficulty accepting a woman that leads and firmly believes that women have to be a part of the solutions because they fight for their right to exist, guide, work and be every single day. A favela is a Portuguese word for an informal settlement concerning the law. These neighborhoods are often deprived of public services like quality education, clean water and sanitation, and secure tenure and are far more vulnerable to health risks and the effects of natural disasters and environmental changes.

Zelia told me how she started as a leader because the people in her neighborhood trusted her and came to her to organize and solve problems they face in their community. She believes in the fact the “Smart City” and the “Just City” should be the same. When I asked her about the leading causes that they fight for she mentioned the ‘old friends’: dignified housing, basic sanitation, education, and public space. These universal struggles are very far from the minds of the people who are thinking mainly about making cities “smart.” When asked about what technologies her community had benefited the most from Zelia mentioned cultural centers for children. And when I asked her about which technologies have harmed them, she talked about the factories that surround the community and how they treat the workers who are part of her community.

The vast contrast in perception between someone who could really benefit from technology and the people talking about it is striking. I am especially concerned when thinking about the example set by the widely-viewed and well-received TED Talk delivered by Eduardo Paes, former Mayor of Rio de Janeiro in 2012. During his talk, Paes mentioned the power of technology in shaping cities towards an equitable future. Paes managed to paint a beautiful picture that the majority of people believed in. Yet, Paes’ vision of technology and equitable development, which garnered international attention and praise, was centered on “his” world-class IBM sponsored operations that monitored traffic and weather conditions. Despite his temporary worldwide recognition, his vision that almost solely focused on efficiencies is underwhelming and most importantly does not serve the more than one million residents of Rio de Janeiro who live in poor, underserved, and forgotten low-income communities. In the end, the widely-advertised urban investments promised to them went almost exclusively to the upper-class districts and the harbor area. For many favela dwellers, the tech investment campaigns made especially in preparation of the 2014 FIFA World Cup and the 2016 Olympics, turned out to be a deception, having no impact at all and in some cases making their lives harder.

In the tech industry women only make up 37% of the entry-level jobs, compared to almost 50% in other industries, and occupy only 15 % of senior management positions. As leaders like Zelia do Nascimento show, women are an integral part of the city and society. Yet, we are frequently underrepresented, especially in leadership and decision-making positions. An ongoing investigation into whether Brazilian political parties, including President Jair Bolsonaro, misappropriated taxpayer-financed electoral fund meant to increase the number of women in politics, attests to the continued challenges women face when trying to enter politics. In reaction to the grim scenario of gender and political violence in Brazil, women have been coming out to the streets demanding more but also running and winning political seats at the federal and local level as well. This it is still not enough, we need more.

We also need to consider how ordinary women experience cities differently. Recently a study showed that women in NYC spend on average an extra 50$ in transit to avoid riding public transportation at night out of fear of harassment or worse. All this on top of working more hours than men and earning less. Simply put — to prevent the biases in technologies, the decision-making rooms need to be diverse. This is true, whether in Rio or New York.

Similarly, if we do not pay attention, we will make the same mistakes again. Take the example of engineers, from the so-called “developed” countries that go to poor villages in the “developing world” and built “white elephants” that do not help and sometimes even hinder progress. Before we focus on shiny technologies, and we start calling our cities ‘smart’ we should be first asking how low-income neighborhoods are being served. What populations deserve more resources and why? Are they getting the resources they need? Do they have the power and autonomy to speak and act on their behalf? How can we make sure that the “old friends” are not forgotten in the race to employ new, shiny technologies? How can we include and emphasize the insight provided by a multiplicity of perspectives? I am sure this needs to include women, people of color, low-income communities, the disabled communities. The discrepancies in public service, access to resources, access to opportunities, and access to decision-making power are the telling signs we should be the telling sign as to where and how to deploy technologies.

Technology should bend to the needs of those who need it the most. That is justice. But because humans are inherently biased; how we experience our world is how we act in it; technology is also biased. Nonetheless, breaking stereotypes and prejudices is possible if we consciously make space for ‘the other,’ if we search for and value difference. A smart city will only be a just city when we understand that technology is merely a tool and the more people own and control the tool, the better.

The through-line of Camila’s work has been advocating for and working towards systems change at different levels in the urban environment, both with individuals in underserved areas and innovative policy analysis and research in Brazil and New York City. She is currently the Program Director for the Basement Conversion Pilot Program in East New York at Cypress Hills Local Development Corporation, a local non-profit. This program has been long overdue in NYC where thousands of people have been living in illegal and unsafe basements for decades. Camila coordinates with NYC’s Housing Preservation and Development Department, the four partner organizations, and the on the ground team operation. 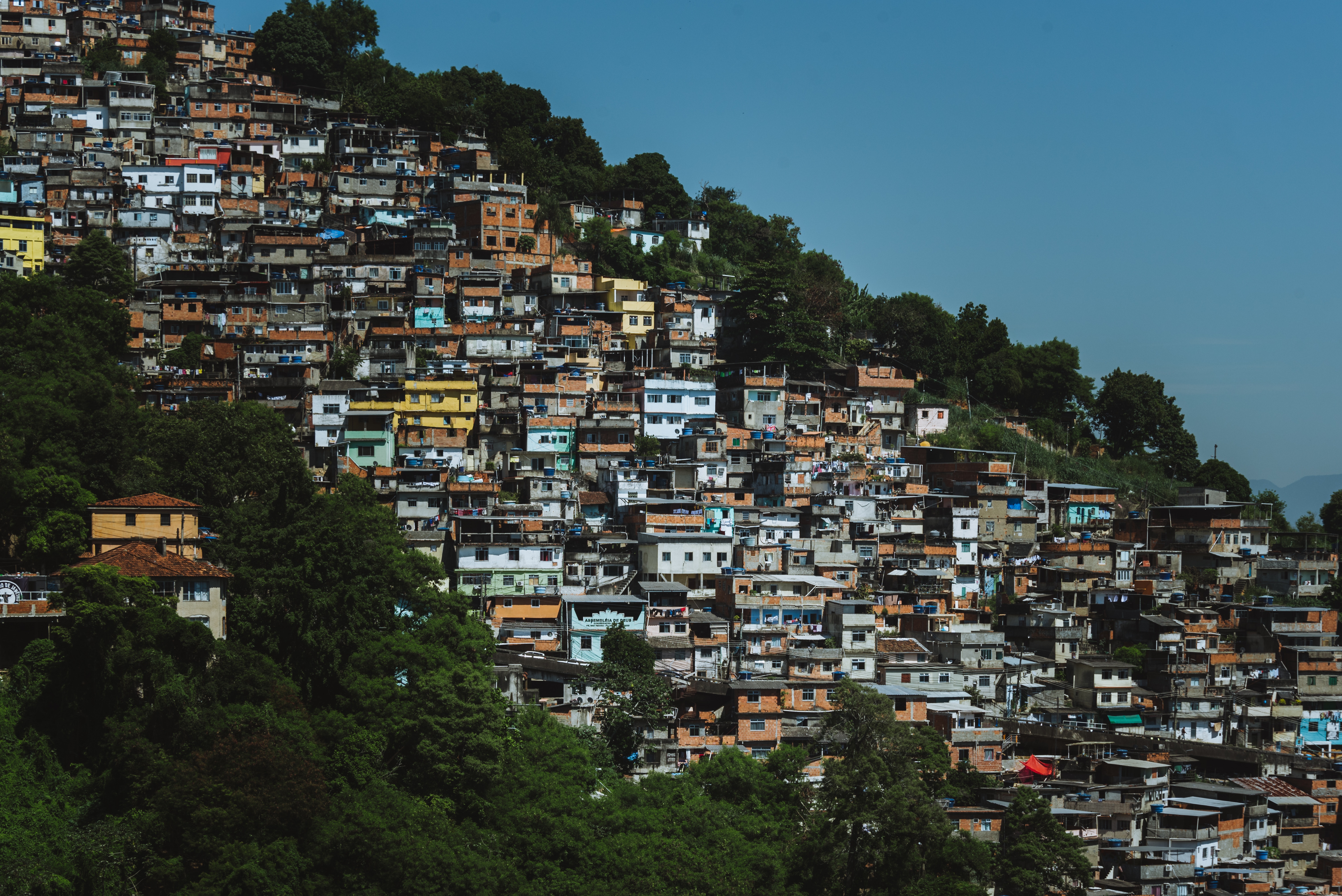