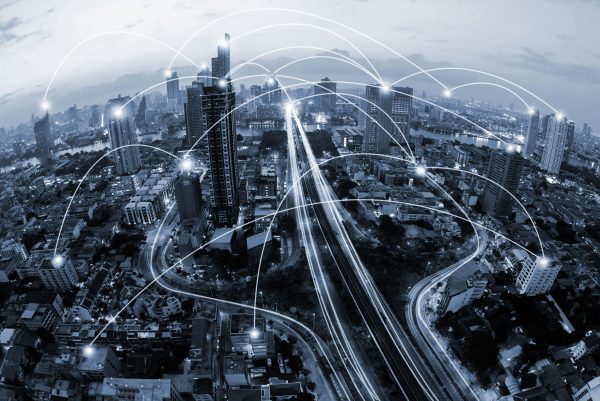 “Baltimore has truly embraced a collaborative spirit to advance its vision…Its data-driven, collaborative efforts have already yielded results to improve the quality of life for city residents and now it plans to continue that approach to better protect residents from flooding, address the opioid crisis and eliminate the digital divide.”

Nowhere is this collaborative more evident than in the establishment of Baltimore Smart Cities Committee by the Baltimore City Office of Information and Technology, under the leadership of Shonte Eldridge, Deputy Chief of Operations for the City of Baltimore and head of its Smart Cities Committee. Deputy Eldridge and her committee enhance and support the City of Baltimore’s Inclusive Digital Transformation Strategic Plan 2018-2023. The Strategic Plan seeks to ensure better customer service and improve tech that hinder city operations and city quality life: for instance, the creation of a Data & Analytics Hub to update Baltimore’s Citistat crime tracking system.

The raison d’etre for the Committee – to provide a holistic policy framework for managing and implementing technology – has been key. As Eldridge observed in Gov CIO Outlook:

“Due to the infusion of technology into people’s everyday life, cities are under an enormous amount of pressure to deliver the same technological bells and whistles that our residents, business and visitors have become accustomed to from private corporations; and I have personally seen this pressure lead other cities to rush into projects that are not well planned, wrong for their communities and ultimately doomed to fail.”

The holistic approach and emphasis on inclusion helps to ensure that technology associated with making Baltimore “smarter” will also make it a better place for women. Recent research collaboration between project lead the University of Maryland National Center for Smart Growth, the Baltimore City Office of Information and Technology, University of Baltimore, Morgan State University and Johns Hopkins University centered on giving voices to residents including women. The project, “Can Smart Cities Technology Improve Outcomes for Low-Income Baltimore Residents?” made possible by a $100,000 National Science Foundation grant examined how “cities like Baltimore can employ ‘smart city technology- such as smart streetlights, smart kiosks, and citywide wi-fi- strategically and equitably to promote quality of life for all residents, particularly those in traditionally disadvantaged communities.”

Vice President for Strategic Initiatives at the Maryland Institute College of Arts, Professor Sheri Parks facilitated a series of focus groups between December 2017 and June 2018. According to the report, these “community conversations with diverse neighborhood residents identified their neighborhood concerns, technology access and barriers, and their ideas about how to address neighborhood concerns with technology.” In an interview with IHC Global, Professor Parks highlighted some concerns about the use of smart technology specific to women. For one, female participants expressed misgivings about the installation of smart kiosks around the city that would provide information about the city and its resources. According to Professor Parks, these young women asserted that due to their safety concerns in their neighborhoods, they did not feel comfortable standing still long enough to use a kiosk, especially in neighborhoods with poor outdoor lighting.

As Professor Parks also pointed out, Baltimore is organized into neighborhoods, led by neighborhood associations. Frequently, these neighborhood associations are led by female presidents. As mothers, they often pay special attention to issues related to monitoring and supporting the social fabric of the neighborhood. For instance, they were wary of innovations like blue light cameras or ShotSpotter. They wondered whether the large amount of data required for their operation would be used efficiently, openly, or if instead it would inhibit resident involvement in neighborhood planning.

Baltimore has also made purposeful strides to support the inclusion of young women and girls into the tech industry. Research has shown that having gender diverse workplace and ensuring women are include in the decision-making process lends to better problem-solving and economic success.  “We absolutely need more women in tech” stated Eldridge.  “Therefore, we are working with our tech partners to create programs that get women and girls excited about technology; which will hopefully spark an interest in working in the tech field.  Success of empowering young women in tech fields may be related to a 2019 Smart Assets report that ranked Baltimore 2nd nationally for Cities for Women in Tech.

Below, Eldridge highlights strategies and techniques key to her committee’s approach to community engagement. The emphasis on community engagement and participation means Baltimore takes the voices of its residents, including women, seriously as it promotes equitability, inclusion, and economic dynamism through smart technology.

A recent report published by the United Nations Department of Economic and Social Affairs, predicts 68 percent, 2.5 billion more people, could live in urban areas by 2050; an increase from the current 55%.  To accommodate this trend, cities must rethink how to deploy services related to mobility, housing, public safety and health.  Due to residents’ interaction with private companies such as Apple and Amazon, cities must also develop new ways to improve residents’ service delivery expectations and experience.  To achieve both goals, governments are turning to smart cities technology, which ranges from smart lighting to the internet of things (IoT).  However, community engagement is vital to ensure the implemented technology improves the quality of life for residents, closes the digital divide and is embraced instead of rejected by residents.  Involving residents in the smart cities decision making process also helps to improve the community’s trust and confidence in their government.

Involving the community does not always have to be burdensome and can be done several ways.  Below are just a few of the most efficient and cost-effective options.

Frequently, residents to not feel a part of their government’s decisions.  This can be especially true for smart cities deployment.  Therefore, in person city town halls are an excellent way to inform the community about the jurisdiction’s smart cities plans and obtain feedback regarding the technology.  Keeping in mind each open meeting’s content, format and objectives should be tailored to the specific community’s priorities or challenges.  For example, if deploying citywide kiosk, you might ask one community detailed questions about design; while another community might be asked questions about use. The town hall can also be used as a call to action to get the community involved in future projects.

Online surveys are another excellent tool to obtain information on the community’s challenges and smart cities deployment feedback.    New online applications such as Survey Monkey, OpenGov and Bang the Table make it possible to conduct the surveys online at the participant’s convenience.  Best practices suggest community surveys should be no more than ten questions and use open ended questions sparingly; as close ended questions, those that have a specific answer choice, are easier to analyze.

Although this community online surveys decrease the ability for specific community customization, it does enable the government entity to reach more participants.   Online surveys are: (1) are low cost; (2) do not take a long time to create; and (3) allow people who might not ordinarily express their views in a public forum to participate.    However due to the surveys appearing only online, members of the community who do not have internet access might be left out.

Like community town halls, forums allow the government to have an in-person discussion with communities about smart cities technology.  The major difference between the two is that unlike town halls, community forums involve a selected group of community participants, provides a directed but highly interactive meeting; and because they usually last longer than an hour, allows the participants to dive deep on the topic of discussion.

The use of social media sites such as Twitter and Facebook can also make it easy to have an ongoing and engaging dialogue about smart cities. Unlike the previous examples, social media allows the use pictures and videos to tell a story and engage residents over a longer period.  Showing the appearance of smart cities technology, how it is used, and its implementation timeline also allows residents to connect and comment on the technology in real time.  In addition, research by Media Blog, which analyzed the content of over 2 million tweets sent by thousands of users over the course of a month, shows that adding a photo to a tweet can boost retweets by an impressive 35%; and photo posts account for 93% of engagement on Facebook.  Which means information about the jurisdiction’s smart cities plans can reach hundreds, possibly thousands, of residents that otherwise would not have known about the technology.

Building a smart city can drastically improve a city’s economics and resident’s quality of life and solutions can also come from many places.  However, cities that engage the public in their smart city development process leads to better projects and deeper public ownership.  Involving a diverse group of residents also ensures cities do not deploy technology in only their affluent neighborhoods, thus widening the digital divide.  Although a smart city requires technology, the role of the community should never be diminished.

Shonte Eldridge has been leading diverse public projects for nearly 20 years and currently serves as the City of Baltimore’s Deputy Chief of Operations.  In this capacity she is not only responsible for supporting  the efforts of the mayor’s office to strategically align and transform city government, but also deploying Baltimore’s smart cities strategy. Before taking on her current role, Shonte held the positions of chief of legislative and external affairs for the Office of the States Attorney for Baltimore City, chief of policy and planning for Maryland’s Governor’s Office of Crime Control and chief of special projects for Baltimore City’s Department of Public Works. Shonte’s work in the industry has appeared in numerous national publications and she is often asked to speak at national conferences on the importance of smart cities and the role of the community. 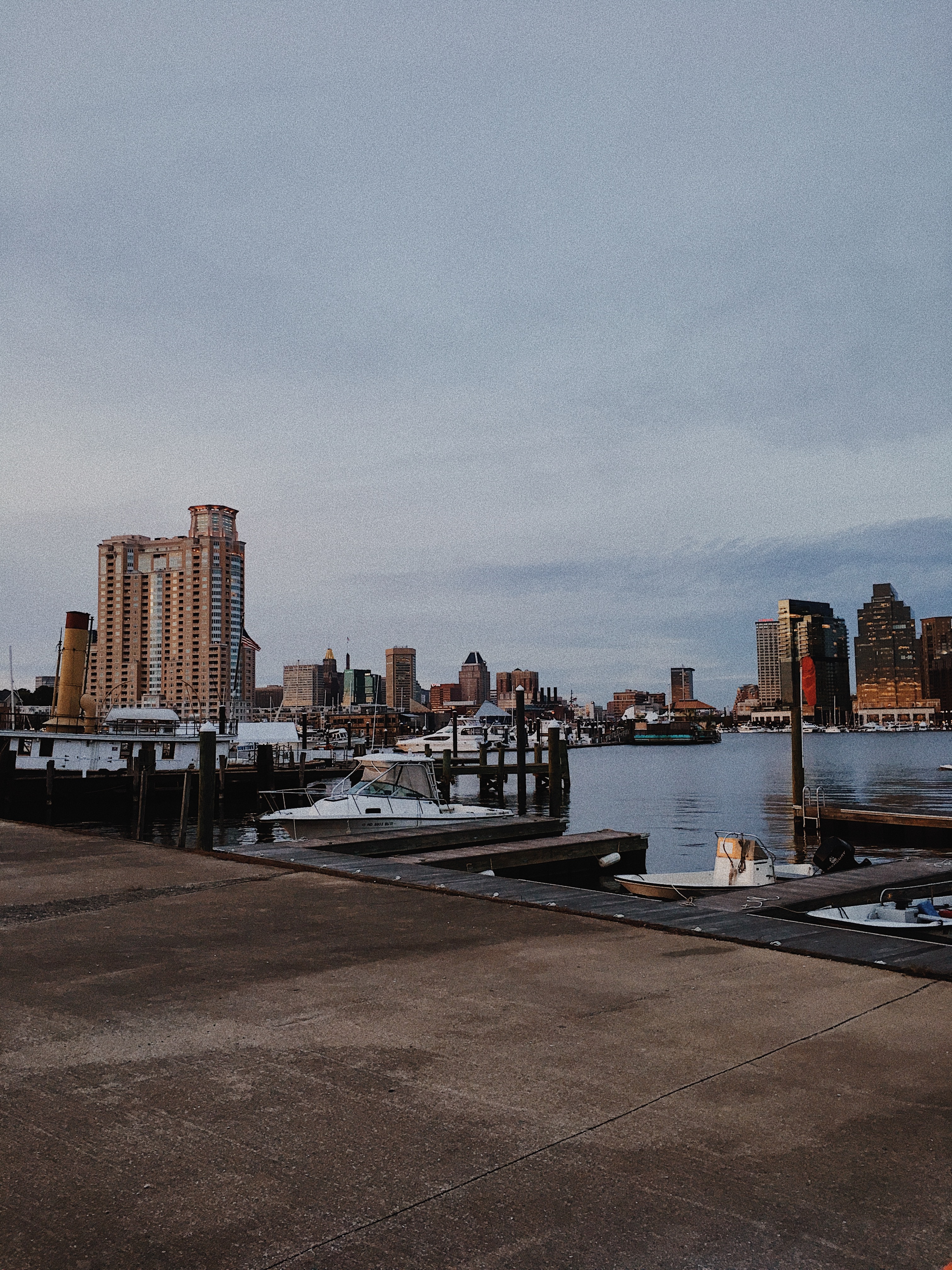