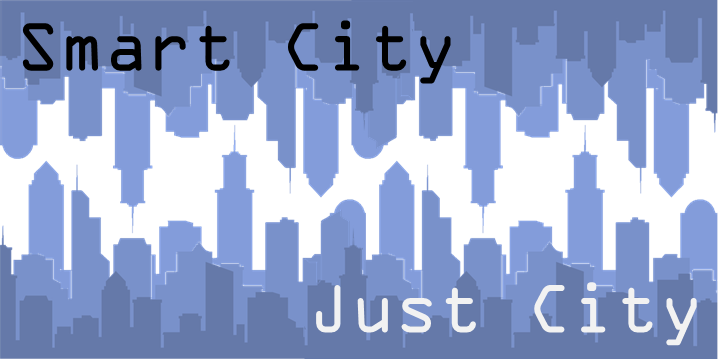 What does a “smart city” look like from a gender perspective?  Is there a difference as to how women experience a city? Does technology help or hinder that experience?  How can its powers be harnessed to purposefully address those challenges of most concern to women?

These are some of the questions that we have been asking at IHC Global.  This blog kicks off a series in which we explore these issues through the perspectives of noted women leaders, thinkers and activists. The series is part of the Smart City. Just City (SCJC) awareness and policy initiative that we launched in 2018 at the World Urban Forum (WUF9).  SCJC intends to “change the conversation” to help ensure that technology drives greater inclusion and equitable opportunity in cities as much as it drives greater efficiency.

In recent years, the governments and NGOs have made important strides towards full gender equality. United Nations Sustainable Development Goal 5 (SDG 5) provides important, specific, and ambitious targets for achieving gender equality by 2030. At IHC Global, we laud and support the progress made by this approach since 2016. But, we believe that to tackle the enormous issues facing women around the world and to truly close the gender equality gap, we must focus on the position of women vis-a-vis two of the most important global trends of our time: urbanization and the data revolution.

The challenges presented by urbanization are well-known. Over half the world’s populations live in cities. Experts anticipate this number will rise to 68% by 2050. Over one billion city-dwellers will reside in informal slums, which are frequently characterized by overcrowding, lack of clean water and sanitation, substandard housing, insecure tenure, and vulnerability to health risks and natural disasters posed by environmental changes. Without comprehensive and inclusive policies, cities may be underprepared to address these considerable issues that frequently disproportionately affect women. Women often constitute the most vulnerable populations of cities, in terms of safety, health and family planning, and economic insecurity. Yet it sometimes seems that women are invisible in the urban planning process.  We would like to help change that.

IHC Global, together with policymakers, smart technology innovators, and international NGO templates, believes that the so-called data revolution is key to understanding, assessing, and implementing effective policies to improve the lives of individuals and communities in cities. The New Urban Agenda, introduced by UN-Habitat at Habitat III in Quito and adopted by 167 UN member nation-states, goes so far as to note: “Big Data and the Internet of Things allows city leaders to gain a more detailed, real time picture of what is happening within their city.” Major metropolises all over the world, from Barcelona to Dubai, to Kigali and Baltimore, are embracing a “Smart City” status, as they prioritize ICT, IoT, technology, and data collection and analysis to address urban challenges such as sustainability and good governance.

The link between urbanization and the data revolution may seem obvious. Yet although technology and the efficient gathering of data can help to address challenges and guide wise decision-making, it is all too easy to ignore some of the downsides, particularly those associated with smart technology. Moreover, there is often a tendency to “fall in love” with the technology as an end in itself. At IHC Global we are advocating for technology to be seen as a tool that can achieve purposeful policy aims.

This is not to say that there are not sophisticated and intelligent debates about the way in which large amounts of data are gathered and smart technology is employed. This is one important point to be made. IHC Global wishes to emphasize how assessments of social impact, negative or positive, is also vital. Smart technology that is carelessly or haphazardly employed in cities can also exacerbate social inequality in cities. According to the NUA: “Research suggests that they (ICTS) are more likely to exacerbate than remedy existing inequalities, because whoever already wields power will have better access to, and control over, these technologies.”

At IHC Global, we identify this tension as that between “smart cities” and “just cities.” Too often “smart cities” almost exclusively focus on technology, sometimes to the detriment of marginalized communities and vulnerable populations. On the other hand, the human-centered focus of “just cities” that seek to address challenges of urbanization often fails to consider how smart technologies might advance their goals. Smart City. Just City. aims to bring these two approaches together to show that “technology” and “human centeredness” are not mutually exclusive. We argue that city planners and municipal leadership must conceptualize smart city technology holistically to improve the lives of all their citizens, regardless of neighborhood, race, socioeconomic status, gender, age, and disability, among other identifiers.

Women bring a perspective to key urban issues – such as safety – that can help bridge some of the gaps between smart technology and social justice in cities. Numerous studies show that investing in women has multiplying effects on global development, as women prioritize their families and communities and in turn invest in them.

This has meant that globally, individual women and female entrepreneurs are leading the charge in tackling problems of tender inequality through technological innovations. This has largely entailed the employment of crowdsourcing data and mobile apps. SafetiPin in India, co-founded by Kalpana Viswanath and Ashish Basu aims to let women stay safe by letting users rate streets and areas for safety criteria. Freedom of movement is not only a human right, it is also key to the economic empowerment of women. SafetiPin’s expansion to cities like Hanoi and Bogota is encouraging. HarassMap in Cairo allows women to report incidents of sexual harassment and violence, under the conviction of taking a collective stand against sexual harassment and re-establishing social consequences for harassers. The app then connects them to resources on how to support and get justice.

These mobile apps and crowdsourcing initiatives clearly help promote gender equality and by extension, human rights, by offering women and all community members a participatory way to engage in urban planning. And often, the women who pioneer these innovations do so at great personal risk.  But, like all activism and advocacy, progress can only be fully cemented when accompanied by policy change and intentional strategies to harness data and technology. This enables the achievement of greater inclusion, safety, resilience and sustainability in cities so that they may flourish and provide opportunities for productive lives for all their residents.  IHC Global hopes that bringing women’s voices into this dialogue will lead to new ways of thinking and new frameworks in which technology is applied.   The vision we have is of a city that is at once a Smart City and a Just City and that the tools of the “Smart City” are used to achieve the goals of the Just City.

This is the first in a series of articles that will bring women’s perspectives into the Smart City Just City initiative. As women are contributing to smart cities, they are also instrumental in connecting the smart city and just city. So, we are excited to feature articles by multiple women leaders and thinkers about how they are conceiving smart technology in cities for urban betterment. Their various and diverse expertise and voices will provide important perspectives on these core issues in different national and local contexts around the world, while also illuminating the importance of women in Smart City Just City urban planning.