When the Open Government Partnership was founded in 2011 by nine civil society members and eight national government leaders— including former President Obama— to create more responsive, transparent and accountable governments around the world, the unique collaboration between governments and civil society organizations worked solely at the national level. But the world is rapidly becoming an urban landscape, and encouraging accountability and transparency in cities that are growing in global influence by the day is more important than ever. In 2016 OGP took this indisputable fact and created the OGP subnational pilot program, adding city and regional governments and their civil society partners to the 2000 civil society organizations and 76 countries. IHC Global sat down with Brittany Lane, the Program Manager for the subnational pilot program, to discuss how the program works, and where their cities’ work intersects with urban WASH, gender equality, housing and more.

What does the OGP subnational pilot program look like?
Currently, there are 20 subnational entities working to create more transparent practices. The cities and regions are of a diverse range of size, development patterns and economics; there are several big cities, including Paris, Madrid, Seoul, Buenos Aires and Sao Paulo, and some municipal principalities, like Sekondi-Takoradi in Ghana and Kigoma Ujiji in Tanzania. Cities have to be in a country participating in the OGP, but they do not have to ask permission to be in the partnership from their national governments, as policy priorities often differ between the local and national levels.

The OGP local program mimics the national program, where each partnership national action plan on varying topics, such as fiscal transparency, lobby transparency, data, feedback loops and service delivery. However, there are a few key differences: local governments have a competitive process to get in, as opposed to national programs which are all let in. This is because the partnership is only by 40 people, and right now, Lane is the only representative engaged in the local program. The local partnerships are also only allowed to have 3-5 commitments, while national governments are allowed to have basically however many they want, because ensuring accountability over each commitment takes a lot of money and time, and before growing the local program, OGP needs to encourage the most ambitious commitments.

Where does the OGP fit with the New Urban Agenda and the Sustainable Development Goals?
Like IHC Global, OGP was in attendance at Quito for Habitat III, and contributed to the urban governance policy unit through UCLG and LSC Cities to make sure open government principles were part of NUA. Right now, OGP doesn’t directly engage with the implementation of the NUA, but local and subnational partners are focusing on localizing the Sustainable Development Goals alongside transparency initiatives. Through their partnerships, OGP is working with all of the SDGs, especially SDG 11 (sustainable cities and communities) and SDG 17 (partnerships for the goals). Many OGP reforms addressed at the local level have elements discussed in the SDGs, such as improving service delivery and inclusion.

When advocating for transparency and accountability, where does smart city tech come in?
For national governments, there tends to be push towards e-government and open data as entry points into open government. Local governments are really engaging in using smart tech to improve tangible personal experiences, especially in service centers, and using tech as enabler for transparent, open and accountable government. In the process of the Independent Reporting Mechanism— OGPs way of assessing accountability through global methodology on quality of commitments, process of creation, relevance, specificity, quality of implementation, and success in opening government— there have been a few standout partnerships that have incorporated technology into their entire action plans.

There has also been a lot of talk at the local level about how smart cities have been leaving behind their citizens, and a few partners, like Austin, Texas, Sekondi-Takoradi and Buenos Aires, are committed to figuring it out. Each city is trying to get their tech and innovations teams to think more about citizens and citizen-centric design. OGP is also collaborating with WIEGO on an MOU that explores how citizen perspectives can be better engaged in the partnerships.

How are the OGPs incorporating issues in water, sanitation and hygiene (WASH)?
A few cities and regions are working on water; Jalisco, Mexico and La Libertad, Peru both specifically have commitments on water and agriculture. In Kigoma Ujiji, an ambitious commitment to transparency on water quality, cleanliness and access and amount of money put into water-related projects exposed corruption in the water department and led to three officials being fired. And in Sekondi-Takoradi Ghana, the partnership is asking landlords to come to table with slum upgrading facilitators to map out where the current provided sanitation facilities are and have citizens rate them and see how they can be improved.

How about gender equality?
Gender appears in a variety of national and regional commitments, but last year there were non in cities. Closing the gender wage gap is a OGP priority in Jalisco and Bojonegoro, Indonesia, is committed to empowering female household survey collectors. Globally, OGP’s strategic focus is dictated by steering committee of 11 elected governments and civil society members, with one government representatives and one civil society representative acting as co-chairs. This year, it’s the government of Georgia and a South African civil society organization called International School for Transparency, and their thematic priority is public service delivery. However, next year, the government and civil society co-chairs will be Canada and Results for development, and their planned thematic priority will be operationalizing a feminist OGP.

Do transparent housing and property markets show up in local OGPs?
At the National level, there is a lot of work in transparent beneficial ownership for land assets and real estate assets. The UK government is pushing beneficial ownership registries at the national level. In rural areas, there has been discussion about land transparency as well. But there hasn’t been much at the city level yet, most likely because cities are only allowed to have 3-5 commitments. The next batch of local and regional partnerships are undergoing action plan development, so the direction they will go in may include housing and property markets. Relatedly, fiscal transparency is found across the board in OGP commitments, and half of the commitments have transparent participatory budgeting as a goal.

What’s next for OGP?
OGP will continue to provide support, guidance and funding for their civil society and gov partnerships. Over the next few years, they’re looking to expand and engage with more local programs around the world through working with other city networks like UCLG, C40, ICLEI, Cities Alliance and others to connect OGP with other urban initiatives, with the goal of doubling the size of the program next year. Their global summit coming up in Tbilisi, Georgia from July 17-19. 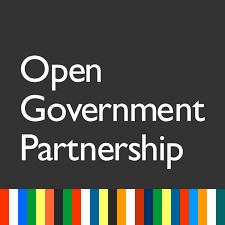