Seattle has one of the worst homelessness problems in the United States, and it is dealing with it in an unprecedented way. While homeless encampments are not unknown to cities in the United States, the city of Seattle has allowed 11 homeless camps to become permanent parts of the city. These are camps that did not crop up overnight, without permission or planning. Rather, these are orderly camps given government protection from raids, and with rights and rules such as the prohibition of alcohol and drug intoxication, self-appointed leaders, and the agreement for all residents to work volunteer security shifts. Within Seattle a debate has risen up about the experiment of these camps. Some are in favor, noting that these camps allow residents a semblance of constancy, sobriety, and community responsibility that can serve as stepping stones into better lives. Others fear that these camps are just a ‘band-aid’ for a much bigger affordable housing problem that the city needs to solve, and that the existence of the camps themselves take pressure off of the government for creating more permanent solutions.

We often think of cities in developing countries as completely separate from cities in the developing world. Yes, there are challenges and issues prevalent in both contexts, but we often draw a hard line between the two. However, an issue such as this is a good reminder that there is much they can learn from each other. While lack of affordable housing plays out differently in the developed world (the prevalence of homelessness and high eviction rates) than the developing world (the massive growth of informal housing and slums), the root cause of the issue, and the complexity in finding permanent solutions is, in many respects, the same.

When it comes to housing solutions, striking the right balance between temporary improvement measures and permanent solutions is an issue that many cities in the developing world are very familiar with. With nearly one billion people in the developing world living in slums characterized by informal and haphazard housing, city governments must work simultaneously to improve living conditions ‘in the now’ for these residents, and to find permanent and sustainable housing solutions. Over many years, grassroots groups of the urban poor in cities of the developing world have gained extensive experience in organizing, negotiating, and working with local governments to improve their housing. Slum Dwellers International has worked with local federations of the urban poor across 33 countries, partnering them with affiliate non-governmental organizations that provide them with technical assistance and support. This model has enabled the urban poor in places from Nairobi to Mumbai to work alongside local governments for better housing and services. While there are rational arguments both for and against the homeless camps in Seattle, the strength that they have enabled is for the formation of communities with leaders and a social contract that binds them. IHC Global hopes to see Seattle learn lessons from cities of the developing world, and hopes to see these homeless communities work with local non-profits and city governments and create more permanent solutions. 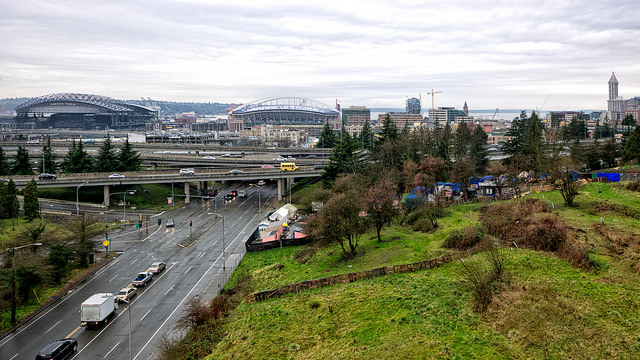