It is the dancing that I remember most! Everyone was dressed in their best clothes, and the eyes of the women were shining with pride – the shine enhanced by tears. The place was outside Port Elizabeth, South Africa. The year was 1998, during President Mandela’s program to develop housing for those who were living in shanties. The occasion was the handing out of legal title documents to their new homes, and the dancing began when each woman was handed that important piece of paper! Each one began to dance when the title was handed over, and they danced down the steps of the stage on which the ceremony took place into the arms of the waiting community. Their entire beings were taken up in that expression of sheer joy.

The women knew something very important: property ownership and secure title and tenure are building blocks for everything else. Property ownership, whether in rural or urban areas, is an important rung on the economic ladder. It can provide collateral for credit when needed; it can provide the basis for productive activity through agricultural production or home-based activity. Legal title also provides basic security and protection from forced eviction. In fact, property rights and economic advancement go hand in hand. So it is startling to realize that throughout the world, large numbers of people (up to an estimated 75% of the world’s population cannot prove that they have right to the land they occupy!) lack tenure security. Recognizing that there is a significant gap between men and women, the United Nations’ Sustainable Development Goals (SDGs) include a target for equal rights to ownership and control of land by 2030. The World Economic Forum earlier this year called for the same.

In country after country, women are more disenfranchised than men. However, it is hard to determine precise numbers, and there has been a distracting war of statistics around the exact number of women with adequate property rights. This is due in part to the difficulties of comparing across countries and regions. However, almost all would agree that the disparity is significant. And many would agree that women collectively own less than 20% of the world’s property (World Economic Forum, 2018). Certainly, of the 1 billion residents of urban slums across the globe, at least half of these are women who have no formal property rights. And when women do not have land and property rights, we are all missing out on a lot. We know that property rights for women reach beyond their ownership or control of land and extend into the broader well-being of society. Property rights for women not only reduce the gender parity gap but also significantly benefit society as a whole. For example, studies have shown:

However, the path ahead is not a straightforward one. Women’s property rights are often affected by both their gender and their marital status, which presents a further challenge. In more than half the countries worldwide, customary inheritance and land rights favor males. That means that if they are widowed or divorced, they often lose their rights. Similarly, due to custom, daughters in many countries may not inherit in the same way as sons.

These dynamics are present even when countries have enacted laws to protect rights, which 142 countries have done. The legal framework is but the first step. In Uganda, for example, where laws to protect women’s rights are in place, custom often dictates that land and housing go to male relatives when the woman is widowed, divorced or abandoned. Frequently, as IHC Global found in a recent study conducted in Uganda, women themselves are not aware of their rights or are uncertain how to assert them. This situation is found in dozens of countries across the globe.

On International Women’s Day, as we reflect on the many aspects of gender disparity, these statistics, and plain old common sense tells us that the women in South Africa were right to dance. It was a truly significant day in their lives. Property rights are fundamental. Every country would benefit from laws that affirm and enshrine these rights, which already exist on the books in many places. However, these are not enough! If we are to see gender disparity reduced, property and land rights for women must be actively championed and brought into the sunlight through information, awareness and other actions. Standing up for women’s property rights will help bridge the gap between law and behavior to make property rights a reality for women everywhere. The world will be a better place for it! 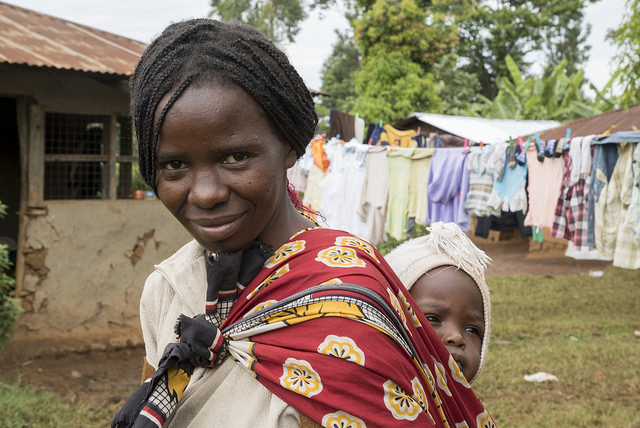