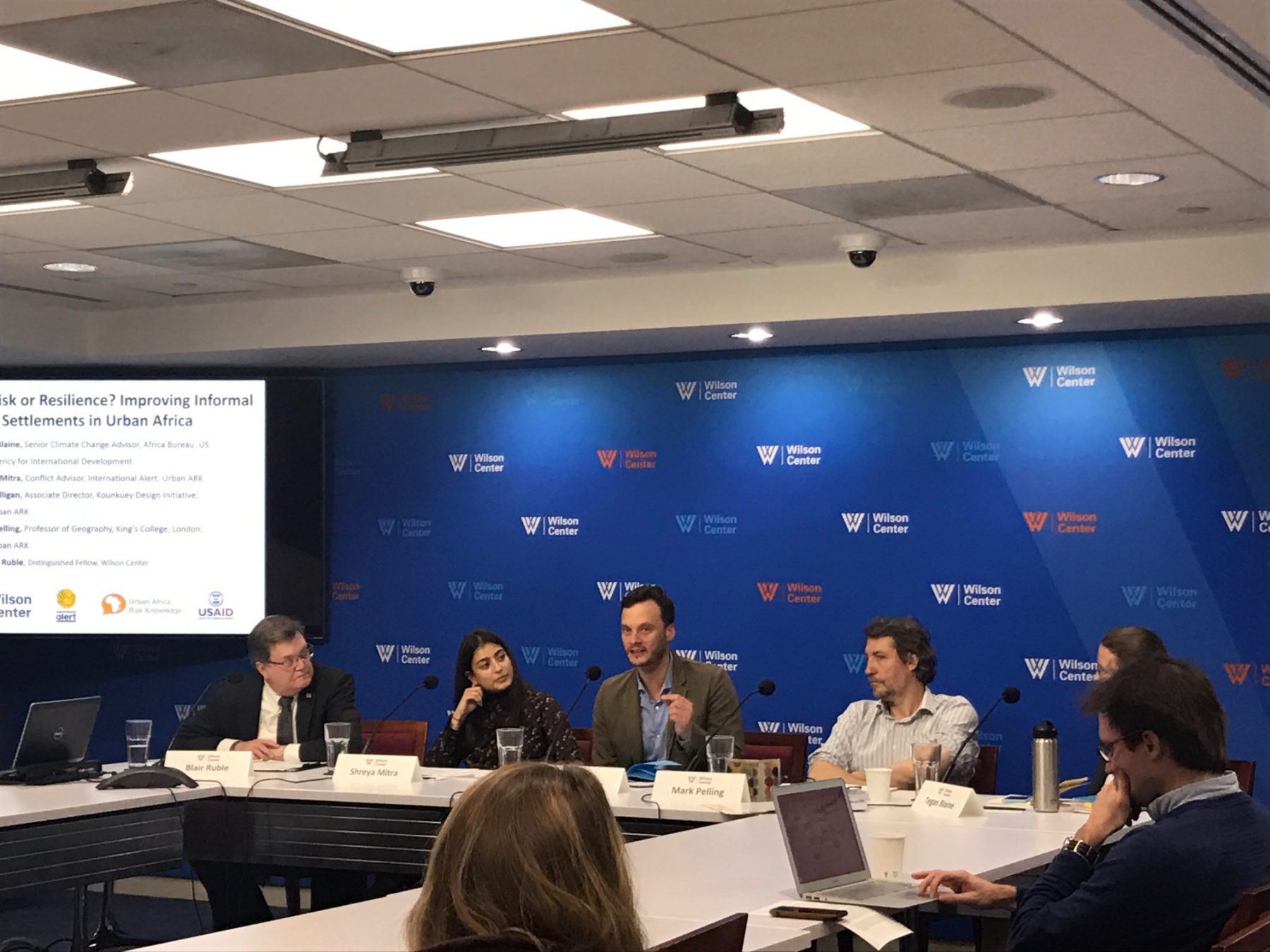 The Wilson Center, along with International Alert, Urban ARK, and USAID, held an event that explored slum upgrading projects in Kenya and Mozambique and the affects they have on reducing risk. Mark Pulling, Professor of Geography at King’s College and leader of the Urban Africa: Risk Knowledge (Urban ARK) research program, gave introductory remarks about the need for risk management to be integrated into mainstream development strategies, instead of being considered separately. Sheyra Mitra, Conflict Advisor at International Alert, and Joe Mulligan, Associate Director at Kounkuey Design Institute, presented research they carried out as part of the Urban ARK program in the informal settlement of Kibera, in Nairobi. Comparing three settlement upgrading projects in Kibera to understand the extent to which they minimize the risk of flooding, their research uncovered that projects that build social cohesion and involve community-led processes have positive impacts on risk reduction, and that projects that are multi-sectoral and seek to address multiple issues such as housing, public health, road and service access, lack of income, and security, have a greater chance of addressing risk.

Next, Tegan Blaine, Senior Climate Change Advisor in USAID’s Africa Bureau, discussed USAID’s work to reduce flooding in settlements in the cities of Pemba and Quelimane in Mozambique, noting the importance of supporting secondary cities that are experiencing high population growth rates, face strains on their natural resources, and do not have strong social networks as many larger cities do. Following this, Blair Ruble, Distinguished Fellow at the Wilson Center and IHC Global Senior Technical Advisor, moderated a thought-provoking discussion with the audience. IHC Global was pleased to see attention given to the importance of integrated, multi-sectoral projects with robust community participation, as well as the importance of supporting secondary cities. 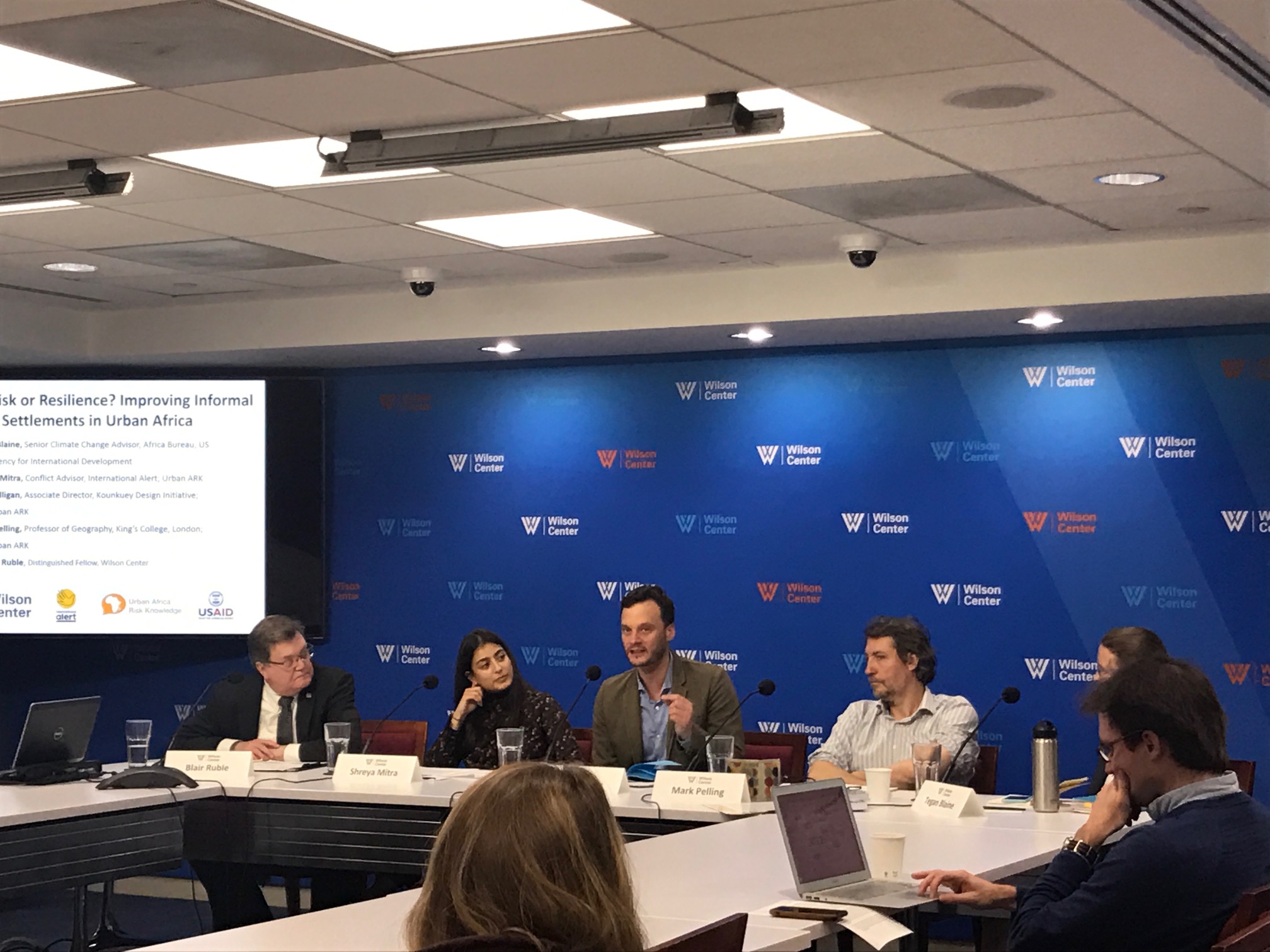