The U.S. Government Global Water Strategy was released this week, after several months of deliberation and involvement from multiple sectors of the government, including the State Department and USAID. The strategy has outlined four strategic objectives to address the growing concerns about water and sanitation, and their negative effects on security, health, and economic growth:

According to the strategy, these objectives will be achieved “through direct assistance to countries, scientific and technical engagement, and support to international organizations, institutions, and partnerships.” In light of the U.S. Administration’s commitment to rearranging foreign assistance, the strategy maintains that the small portion of funds for global water and sanitation needs will “be used strategically to mobilize financial resources from host country governments, the private sector, and capital markets, where appropriate, and will “focus its efforts on countries and regions where needs and opportunities are greatest and where U.S. engagement can best protect our national security interests.” These areas are Afghanistan, Lebanon, Democratic Republic of Congo, Liberia, Ethiopia, Nigeria, Haiti, South Sudan, Indonesia. Uganda, Jordan, West Bank/Gaza and Kenya. Though ensuring rural towns and settlements have access to adequate water and sanitation remains a priority, the strategy pledges to give increased attention to urban services and utilities, particularly peri-urban settlements and secondary cities and towns.

It is fitting that this report has come out ahead of World Toilet Day on Sunday, a day on which governments and civil society organizations celebrate the advances that have been made around the globe to ensure that adequate sanitation is a priority. But it’s also a day to recognize how much more needs to be done in regards to both water and sanitation, both urban and rural. As an organization promoting sustainable cities, IHC Global believes urban water and sanitation is an urgent priority: currently, one in five city dwellers still do not have access to a safe, basic toilet, and though the majority of city dwellers do have access to adequate drinking water, those that don’t still number in the millions. With these issues in mind and an ever-rising urban population, it is fundamental that the U.S. government continue to have a hand in developing better water and sanitation practices.

IHC Global is pleased with the strategy’s objectives and its commitment to adopt methods based on research and results, as well as its recognition of the high priority of urban water and sanitation- a celebratory first in U.S. water strategies. We are also pleased that, despite limited funding, the strategy aims to achieve its objectives- and other related issues, like gender equity- through cooperation and collaboration with civil society and the private sector. We hope that this strategy serves as a representation of the Administration continuing the U.S.’s commitment to foreign assistance and international development. Following its release, every agency that was involved in the creation of the strategy has to come up with an individual implementation plan, while implementation itself will be coordinated through the Interagency Water Working Group. IHC Global looks forward to the individual implementation plans, and the points of opportunity where we can collaborate to create safer, better urban water and sanitation worldwide.

Read the full strategy here and a summary here. 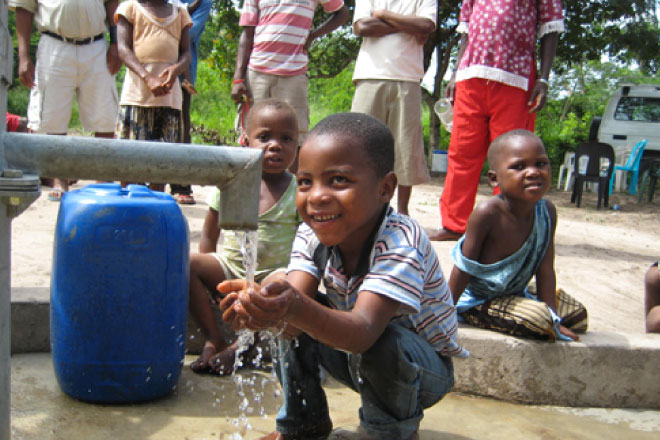