The Issue
As towns become cities and cities become megacities, urban issues of all kinds have been thrown into the global spotlight. But one issue is just starting to get noticed in an urban context: food security. For decades, much of the focus on food security has been centered around rural communities, but as the world continues to rapidly urbanize, new light is being shed on what food security means in cities, and it has revealed deeply ingrained issues as well as very unique problems that have arisen due to urbanization.

The food that urban dwellers consume every day arrives in their hands from intricate systems, built upon the necessary connection between urban and rural. But in an article for The Cipher Brief, Johanna Mendelson Forman, a distinguished fellow for Managing Across Boundaries at the Stimson Center, describes the catch-22 situation that urban food security will find itself in. As cities grow in population as well as in size, viable farmland on the outskirts of cities- which make up roughly 60 percent of the world’s total croplands- will be lost as urban and peri-urban areas are extended. These expansions could have a disastrous impact on the availability of staple crops like rice, maize, soy and wheat, which will reduce the amount of produce for farmers to sell and send rural dwellers packing, to join the millions of other urban migrants fleeing conflict, effects of climate change like drought, and economic instability. According to Forman, “by 2030, urban areas will triple in size and will have a significant impact on productivity of agriculture in farmlands that were once used to supply food to these megacities.” Combined with the threat of climate change, weak established food systems and the strain that an ever-increasing population puts on a food supply that can’t keep up, cities have a great challenge ahead of them.

What We See
This phenomenon illustrates vividly the inevitable progression of urbanization in our planet and that policy-makers, practitioners, all of us must adjust our thinking to understand that inevitability and to embrace it for its opportunities as well as its challenges. Cities have proven themselves to be capable of taking- and are often seeking- a central role in global issues. Urban mobilization has accelerated in many cities around the world in the past year, with the implementation of the New Urban Agenda and cities wholeheartedly adopting the Paris Climate Agreement demonstrating their commitment to facing urban challenges head-on. As populations will continue to increase and expansion is inevitable, cities must find solutions for these food security issues by strengthening urban rural linkages, and using urban strategies to ensure equitable distribution systems and access to high quality food and nutrition.

Forman urges that the most important things necessary for a country to be able to feed its people are good governance, from national to local; new farming technologies; and a new approach to land use. With these parameters in mind, IHC Global sees many cities as ahead of the curve, or at least making their way to better solutions. Washington D.C. and Baltimore are two recent examples of cities that are taking their food systems seriously, by hiring full-time food policy directors and reinventing their food policies, paying strict attention to food system resilience. They join the ranks of other U.S. cities like New York City, San Francisco, Philadelphia, and Salt Lake City, all of which have hired full-time food policy directors as well. Other cities are well into their campaigns to become greener to reduce the effects of climate change, introducing new action plans such as transforming urban rooftops for urban farming and gardening, which will have a huge impact on improving farming and food security for both urban and rural communities. Though China is expected to lose one-quarter of the global cropland to expanding cities, Chinese eco-cities are renowned examples of what to do when creating a smart, green city. And, as Forman mentions, new smart technologies like integrated agricultural data apps are helping connect rural farmers to urban markets, maintaining a connection that is integral to keeping many food systems vibrant and competitive.

But the cities that are struggling the most with these issues, like the burgeoning megacities and rapidly growing secondary cities in the developing world, lack the infrastructure needed to provide adequate food security, as well as those for sanitation, housing, and many other necessities. Moreover, in the US, lack of grocery stores and supermarkets accessible to all neighborhoods create “food deserts” in too many urban areas.  The challenges are complicated and may vary from place to place, but IHC Global sees food security as one key element in equity and equality and an important component of an essential integrated, multi-dimensional approach to creating better, more just, more vibrant cities. Tackling food security issues as parts of a whole is the best way to ensure that every urban dweller has a place to call home, water to drink, and food on the table. 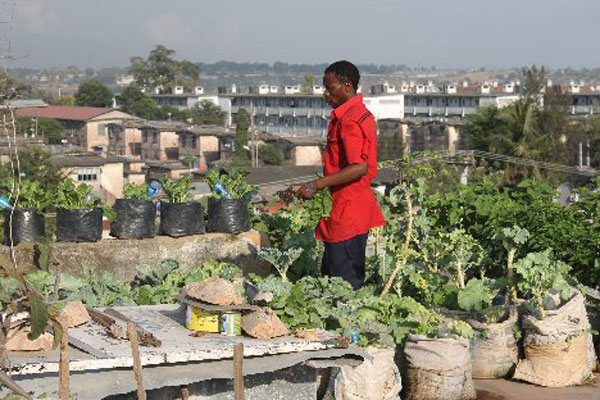