The Issue
It’s been all over the news this week, on every form of social media, from personal pleas to global campaigns: eastern Texas has been hit hard by Hurricane Harvey, a one in one thousand kind of powerful hurricane, and it leaves in its wake a devastated area, including the United States’ fourth biggest city, Houston, Texas. As the rains poured in Texas, they also made torrential landfall throughout India, Nepal and Bangladesh, at a record pace even for monsoon season, that engulfed areas unprepared for the deluge, including Mumbai, India’s main financial center. These disasters are making the front page this week, but they are just two in a long line of recent natural disasters that have been occurring around the world. Last week, heavy flash floods raged through urban areas in Britain, Ireland and Uganda. Two weeks ago, heavy rainfall displaced thousands of people all over Sudan and led to deadly mudslides in Freetown, Sierra Leone. Most of these disasters have been like nothing ever seen before, and the nations, cities and communities caught in their cross-hairs face the overwhelming, multi-dimensional task of reconstruction ahead of them. As natural disasters become more frequent, and are exacerbated by climate change, news outlets, civilians and officials are quick to respond with “what could have been done?” and “how did it get so bad?”. Answers may vary, but one problem seems to be the thread that weaves these disasters together: unchecked urbanization.

What We See
While issues of policy and development are often framed by human-made distinctions, such as ‘developed’ verses ‘developing’ country, the events of this week remind that nature does not differentiate across these same lines, and underline the importance of integrated global efforts to shape urban policy and planning. In both Houston and South Asia, rapid urban growth, coupled with poor urban planning and a lack of regard for environmental hazards, have contributed to the devastation resulting from the disasters. Houston’s urban sprawl has remained unchecked for decades, and despite experts advising the city to increase its density, development has continued, and on the way has paved over natural flood deterrents such as prairies and wetlands. Mumbai, built on low-lying land, becomes ever more vulnerable to flooding as the climate continues to warm and as urban growth continues in an informal way, and the ramifications of previous, disastrous flooding have done little to amend existing urban policy. Bangladesh is so well-situated for floods that it is almost constantly underwater, and poor sanitation systems and continued deforestation are only perpetuating the problem. And two weeks ago, IHC Global weighed in on why Freetown’s poor infrastructure and poor placement between mountains and sea made the mudslides a disaster waiting to happen. It’s easy to label the What Went Wrongs after the fact. What isn’t easy is learning from mistakes made, and making a lasting impact on urban policy and infrastructure that will lessen the scope of the next disaster, and every disaster down the line.

However, despite these glaring issues, and fact that urban planners and policymakers still have a lot to learn, cities around the world have been taking in stride the lessons from a variety of disasters, and seeing what knowledge can be taken from previous failures. Therefore, each disaster represents a chance for cities to change their policies for the better. IHC Global commended the example of Freetown last week, where disaster response was quick and incredibly organized, largely due to the hard-learned lessons of the Ebola crisis. Cities that are already committed to implementing the disaster risk reduction parameters in the Sustainable Development Goals, the New Urban Agenda, and the Paris Climate Agreement can use the disaster-enabling issues in hard-hit cities as points of reference. And after the events of this week, many news outlets have laid out some of the ways flooding can be prevented, including improving early warning systems,”upgrading sewage, drainage and transportation infrastructure; increasing green spaces; restoring wetlands; and using zoning laws to prevent new construction in known flood plains and vulnerable coastal areas,” a list that, given the scope of the disasters, may have a chance of not falling on deaf ears. These floods could also be a new chance to reaffirm the importance of combating climate change, for nations that have not been seriously implementing sustainable policies and for nations that have shied away from doing anything at all. Disasters will continue to happen and will likely grow in size and severity, and since cities cannot simply uproot themselves from the path of oncoming storms, investing in better infrastructure, better disaster response mechanisms, and paying attention to the big issues that are making disasters worse are necessities. But if the takeaway from each contributes to a better response to the next one and the next one after, the damage may not all be in vain.

The hearts of all of us at IHC Global go out to the thousands who have lost loved ones and to those who survived but lost in many other ways as well, in Houston, Freetown, Mumbai, and urban areas ravaged by strong storms across the world.  We owe it to them all to take the lessons seriously and apply them. 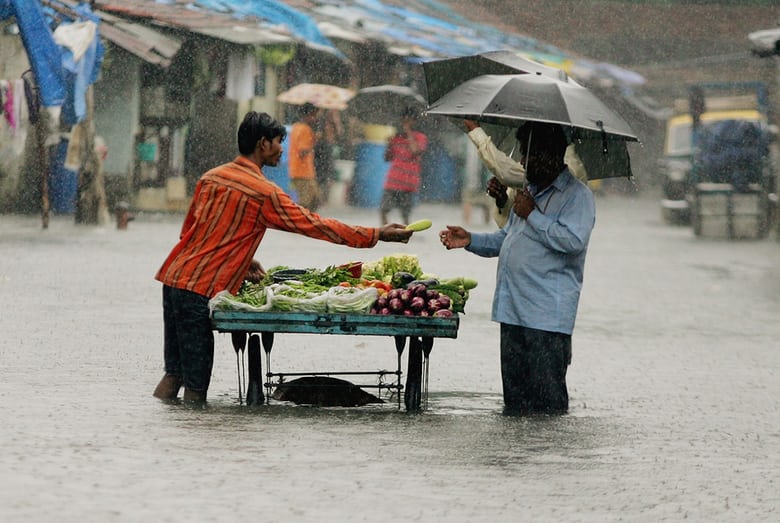