The Issue
Cape Town, renowned for its natural beauty and a draw for tourists, has a huge affordable housing problem, one that has gotten worse as the city has developed over the past years, becoming an even more attractive place to visit, live and do business. Like many other major cities in the world, regardless of region, Cape Town has not yet found a solution to its affordable housing challenge.  As of December of last year, there were only 116 units available for rent in the city center, and the average one-bedroom costs about $1170 per month. With a national minimum wage of $270 per month set to go into effect in 2018 and a safety net system that still has too many holes, living in the city center remains a privilege that is unaffordable to a large majority. The economic housing barriers in the city center largely stem from the legacy of Apartheid and its racial housing barriers, which reserved the central city for white South Africans, and relegated black and colored residents to the city’s outskirts.  The problems that remain from the Apartheid-era layout have only been exacerbated by gentrification. The city estimates that it will face an affordable housing gap of 650,000 units over the next 15 years. But the good news is that Cape Town is actively working on the problem! Under the leadership of Mayor Patricia de Lille, the city government is seeking ways to meet the challenge, and a new project offers private developers the chance to obtain prime land in the city center by submitting proposals for mixed-use development that includes affordable housing. So far, six big-budget proposals are in the running. But while this could be the best step forward for Cape Town, the partnership’s requirements- and the projects themselves- are already fostering controversy.

What We See
On the one hand, this idea of a public-private partnership to stimulate affordable housing delivery in Cape Town could be a great new direction for the city, and also remedy several of the outstanding infrastructural issues, including the unfinished transportation systems and the several empty lots that litter the area. It’s also an interesting kind of public-private partnership, as the high housing and property prices in Cape Town mean that the city needs the private sector far more than the private sector needs the city. However, the uncertainty that is brewing among housing rights activist organizations lies between the lines of the partnership proposal. Critics have called the parameters of the partnership vague, and they are right to; nowhere are there any specifications for how many affordable housing units the proposals need to have to be selected. And, while this has been explained as an incentive for the proposals to not be held back by a number and instead be competitive with how many affordable units they can fit into their plans, many critics aren’t buying it. Prominent housing rights organizations, some of which have been deep in the battle for affordable housing with the city government since as early as 2008, think these parameters- and the “beggar” situation the city is in- give too much control to the private sector, and that affordability could be lost on the way to building up the city.

Housing affordability must be a priority for Cape Town going forward, and IHC Global believes that a public-private partnership initiative such as this could provide a great opportunity to improve equity in the city if some of the questions surrounding its implementation-such as how many affordable housing units are required, and how exactly ‘affordable housing’ is defined-are addressed. From the private sector developer side, the opportunity may be greater than it looks, since the high end of the property market, even though robust at the moment, can only be strengthened by making the entire city “livable” for everyone. Affordable housing is one element of the whole, but can be a driver of other initiatives, and can also help to address issues on the outskirts of the city and in those struggling neighborhoods where income and racial inequality is the most visible. IHC Global hopes that a positive outcome from this project will spur more projects in and around the city, so it can become as inclusive and sustainable as it can be. The challenges are not simple, and Cape Town’s approach takes bold political leadership that many cities around the world can learn from. 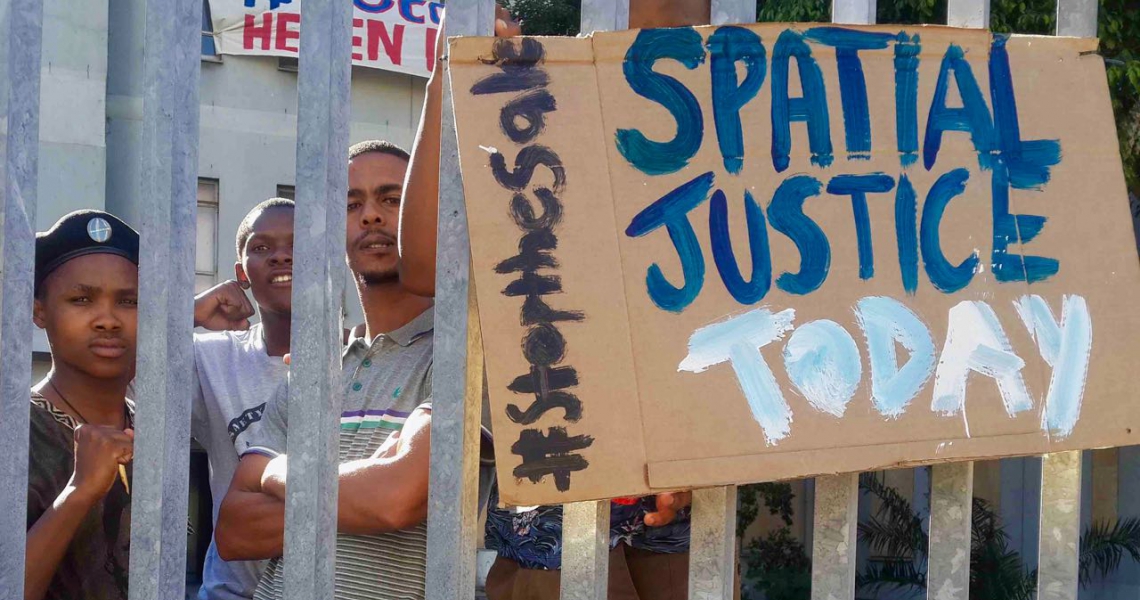