Changes are in the air

The new U.S. Presidential Administration has vowed to shake up Washington—with plans to slim down the government and reorganize federal agencies to maximize efficiency, to pursue an ‘America First’ agenda and boost up national security efforts, and to run the government with a business mindset, change is in the air for the United States Agency for International Development (USAID). In the past few months the Agency has seen a proposal for a greatly reduced budget, has begun drafting a new mission statement, has heard reports of federal agency restructuring that could change the nature of the relationship between USAID and the State Department, and—as of last week—has a new Administrator, Ambassador Mark Green. Efforts to reform foreign assistance in the United States are not new, and in fact, USAID has seen significant changes during the last few Administrations—many that have helped strengthen foreign assistance for the better. Many questions, remain, however, on what direction the Agency will go in under the new Administration, and how exactly to turn a period of uncertainty into one of opportunity.

In March, the Administration proposed massive cuts to foreign assistance that would slash USAID’s budget by one third, and at the same time would increase the defense budget by roughly ten percent. While the budget as proposed is unlikely to be passed by Congress, where bi-partisan support for foreign aid is strong, it reflects a changing attitude towards foreign policy that emphasizes defense over diplomacy and development. The President’s budget proposal also states the need for “State and USAID to pursue greater efficiencies through reorganization and consolidation in order to enable effective diplomacy and development,” and reports have circulated that the Administration is considering folding USAID into the State department entirely.

In this new era of impending change, a renewed commitment by the development community to improving the efficiency of foreign assistance has emerged.

While these potential changes seem to predict dismal prospects for U.S. foreign assistance, there is reason to hope that this period of disruption to the normal order can be a catalyst for constructive and necessary change. There has been a broad understanding by stakeholders both internal and external to the government that U.S foreign aid programs and agencies, while having helped millions and remaining key leaders in the international development community, do not operate as efficiently as perhaps they could.

In this new era of impending change, a renewed commitment by the development community to improving the efficiency of foreign assistance has emerged. More than 100 organizations (IHC Global included) have signed on to the Modernizing Foreign Assistance Network’s (MFAN) guiding principles for effective foreign assistance, advocating, among other things, for diplomacy and development to be upheld as distinct but equal, for the creation of a Global Development Strategy to guide U.S. foreign assistance efforts, and for an independent lead aid agency in the U.S. that is headed by a Cabinet-rank official.

MFAN has been advocating for changes in U.S. foreign assistance structure for some time, and with their recently released discussion draft for a new U.S. foreign assistance architecture, they builds upon the guiding principles, laying out a proposed restructuring that would consolidate four aid agencies and several major State Department units into two new focused agencies—the Global Development Agency and the Development Finance Corporation. While reducing overlap and decreasing inefficiencies in the current foreign assistance structure, MFAN’s proposal also recognizes the distinction between development and diplomacy, and elevates development as equally important to foreign policy and national security.

How we see things

Cities are living, breathing organisms, and no one sector exists in a vacuum; rather, they are increasingly dependent on each other.

IHC Global is a strong proponent for a foreign aid restructuring solution that breaks down silos and allows for comprehensive development efforts—and we are therefore enthusiastic about MFAN’s proposal, which would organize the new Global Development Agency by goals and objectives, rather than by sector or region. An agency siloed by sector does not lead to the most efficient foreign aid programs and policies, especially when coming from the urban perspective—a perspective that cannot be ignored, as 2050 will see 66 percent of the global population living in cities. Cities are living, breathing organisms, and no one sector exists in a vacuum; rather, they are increasingly dependent on each other. IHC Global advocates for comprehensive and integrated urban development solutions, recognizing that you can’t think about housing in a city without thinking about WASH; you can’t think about economic opportunity without thinking about transit, and you can’t think about urban planning without thinking about climate resilience.

Restructuring the Agency’s internal infrastructure to maximize efficiency is a critical step towards improving the Agency’s ability to effect positive change in the world; equally important, however, is ensuring that U.S. foreign assistance programs move forward with an agenda that promotes the fundamental building blocks of strong economies. This includes focusing efforts on helping to build strong, transparent, and accountable institutions, such as property rights. It is also critical for an effective foreign assistance agenda to include an urban-specific strategy that plans ahead for both the challenges and the opportunities posed by the rapid urban growth that the next century will see.

The Agency’s recently released draft mission statement shows encouraging signs that it is thinking critically about its role and its agenda. Upon request from Secretary of State Rex Tillerson, Acting USAID Administrator Wade Warren released the new draft statement, meant to guide the Agency at the start of the new Administration. The statement emphasizes USAID’s role in advancing national security, fostering inclusive economic growth, reducing poverty, and helping other countries progress beyond the need for development assistance. While the statement is being circulated for feedback and will not necessarily be adopted exactly as currently written, IHC Global is glad to see the acknowledgement that economic growth must be inclusive in order to be truly sustainable, and that development is an important aspect of fostering global security.

Another encouraging sign for the future of the Agency is the recent confirmation of an experienced and well-regarded Administrator. While so many issues in the U.S. remain gridlocked by bi-partisan politics, the confirmation of Ambassador Mark Green to lead the Agency received overwhelmingly bi-partisan support. With a long history in the development sector, serving as Ambassador to Tanzania, and most recently as President of the International Republican Institute, Ambassador Green’s confirmation brings with it hope that the Agency will be led by someone who believes in the importance of development assistance to fostering peace and prosperity worldwide.

IHC Global will be closely tracking the forthcoming changes to U.S. foreign assistance, and will actively advocate for solutions that maintain development assistance as critical to U.S foreign policy and global stability, that allow for comprehensive and integrated policies and programs, and that recognize the importance of urban specific strategies in bringing forth a sustainable and inclusive future. 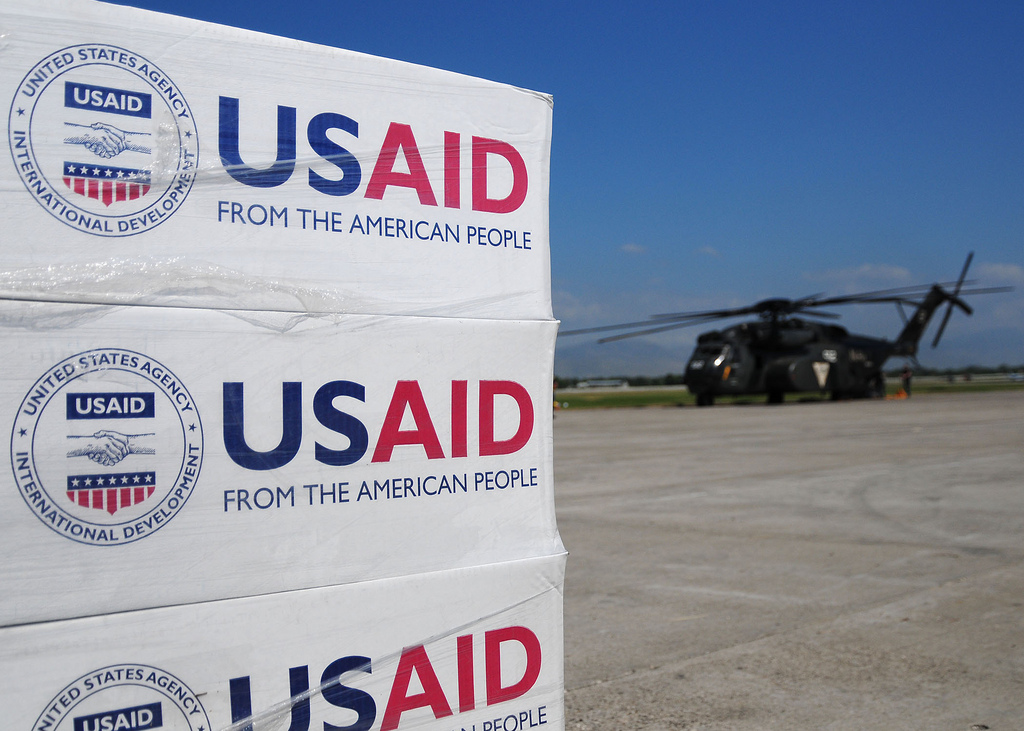