The Issue
The Flint Water Crisis has topped headlines on nearly every American newspaper since its outbreak in 2014, when improper water treatment for the Flint River- the recently changed water source for the town of Flint- exposed over 100,000 residents of the city of Flint, Michigan to dangerously high levels of lead. This contaminated water has been linked to an outbreak of Legionnaire’s disease and at least twelve deaths. Now, the crisis is far from over, but several Flint and Michigan officials- including the minister of health- have been convicted of involuntary manslaughter, for their failure to prevent or give early notification of the contaminated water system. Some across the country are feeling vindicated by these actions, but others, including Flint resident Connor Coyne, think that these arrests mean nothing to the thousands of lives that have been changed forever.

What We See
Coyne gives a break down of the way many people in Flint are feeling: that the manslaughter charges are warranted, but they do not get to the heart of the issue, nor do they completely hold the government at local, state and federal level responsible for this crisis, or question the legitimacy and effectiveness of the law that took away Flint’s control of its water supply. But he also can give us a perspective that is not coming from a journalist or from an official that is looking at the outside facts. Coyne can describe firsthand the effects that the city is feeling nearly four years into the crisis. He says that while Flint’s more affluent residents have been able to test their water, obtain water bottles, or gain access to other water sources, the story is altogether different for the poorest residents of Flint, who are trapped in disintegrating neighborhoods and do not have access to any improved water sources, or the attention from officials. This crisis, happening in the heart of America, is testament to the fragility of water systems everywhere, from the most developed countries to the most developing, and the importance of having adequate government cooperation through every level. The problems in Flint, especially the poverty disparity, are terribly familiar to those in many developing countries, and as water resources grow scarce, it is more important than ever to have stable, comprehensive and heavily monitored water systems in every country. SDG 6 is dedicated to creating sustainable water and sanitation for all, and IHC Global advocates for local and national governments to work together to make sure citizens like Coyne have access to clean water anywhere they are. 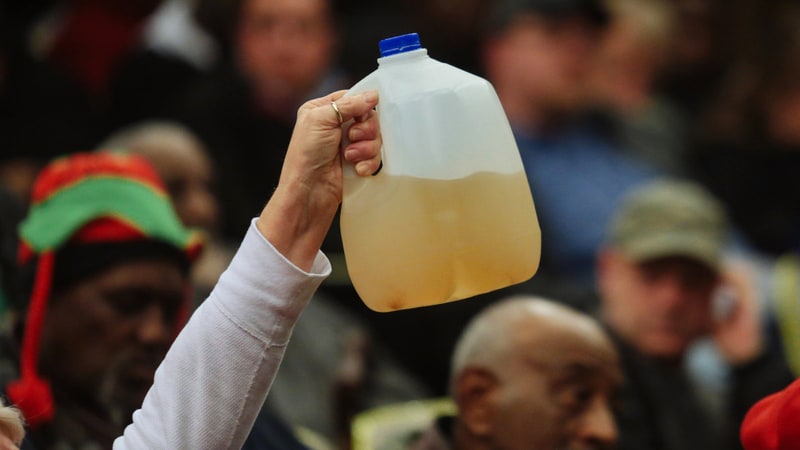