The Issue
The underground sewage system that lays under the East End Mobile Home Park in Manassas, Virginia is failing. Crumbling pipes “leak sewage in some spots and swallow up groundwater in others,” problems which have cost the city tens of thousands of dollars in attempts to fix. Last year, after reaching the conclusion that there was no way to convince the owner of the private sewer system to fix it, Manassas officials agreed to buy the land, but only if they could evacuate the trailer park. But the residents are fighting to stay, and upon the advice of a pro bono attorney, have withheld $150,000 in monthly lot fees, as a part of a court case that has thus far delayed their eviction date and will decide whether the owner of the park can be compelled to make repairs. But the residents, who claim that they cannot move their trailers elsewhere or afford any traditional homes with comparable space in the Washington, D.C. area, are fighting an uphill battle, and this court case is the last hope they have to keep their homes.

What We See
The reality is that the sewage system can be fixed if the city buys the land, and so the evacuation of East End Mobile Home Park is an unnecessary casualty. The residents of Manassas could be yet another mobile home community that vanishes without a trace. Mobile home neighborhoods are disappearing across the country, with some gone by way of housing code violation sweeps and others forced out to make room for new condominiums and apartments. The steep decline- the prevalence of manufactured homes has gone down from 8 million in the early 2000s to about 6.3 million in 2016- has raised some eyebrows and has led some organizations, including the Manufactured Housing Institute, to look into the matter further. While there are federal policies geared towards protecting mobile home communities, they remain incredibly vulnerable, and residents are often too poor to fight an eviction notice. As an organization dedicated to creating equitable housing in urban areas, IHC Global believes housing should be just that: equitable, and inclusive. Creating the optimal metropolitan area includes lifting the poorest residents up, not forcing them out. 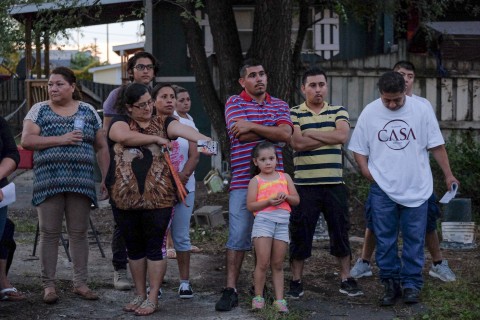