The Urban Sustainability Laboratory of the Woodrow Wilson Center for International Scholars convened a discussion on Monday, April 25th, bringing together experts in a variety of urban development fields to talk about “Localizing the SDGs and How Cities can Help Achieve the 2030 Agenda.”  This event was an activity of the Habitat III US National Committee and was organized in cooperation with the Urban Institute and USAID.  It was an important event because it brought “global voices” to US policy makers and influencers, a subcommittee of the Habitat III National Committee, on which IHC also sits.  With cities at the heart of what we will achieve globally in sustainable development in the 21st century, focusing on “why cities” matter in achieving the ambitious Agenda 2030 goals (SDGs) is a pivotal question.

It is also a timely question as we prepare for the global UN conference on Housing and Urban Development (Habitat III) which will take place in Quito, Ecuador in October 2016.  The New Urban Agenda, which will be a major outcome of Habitat III, will influence the course of urban development and so the future of cities around the world for the next 30 years.  It is hoped that the New Urban Agenda will begin to chart a course towards implementation of the SDGs, rooting their laudable yet abstract goals in practical approaches and solutions.

This session at the Wilson Center was a small step also in the direction of implementation, during which panelists wrestled with some of the challenges that will be faced.  The seventeen SDGs (including SDG 11 focused on cities) together have 196 targets to end poverty, fight inequality and injustice, and tackle climate change by 2030, enhance gender equality, sustainable energy, and peace and global security challenges.  The SDGs by and large will be achieved or not through local efforts – albeit efforts backed by national and global policy and commitment. IHC agrees with all the panelists in that the steps forward in urban development require cooperation between governments, NGOs and the corporate world, and that many of the issues that face urban development need cross-cutting solutions.

The issues discussed during this Urban Sustainability Lab demonstrate the cross-cutting nature of many aspects of the SDGs.  This included food security, urban health, gender equality, and inclusive housing.  Our main take-aways below do not pretend to capture the richness of the presentation and discussions. The full event was recorded and can be found here.

Food security in urban areas is an emerging topic that underscores the importance of rural urban linkages and relies on the important relationship between urban and rural areas. Rising populations in urban areas means that there is an increase in food demand — and therefore business — in rural areas. Therefore, mechanisms that benefit both urban and rural societies and their symbiotic relationships need to be put in place. Because of this increase in rural business, farmers have better access to a variety of healthier crops, thus improving the food intake of both urban and rural communities. IHC supports this perspective as one part of a multi-faceted approach to ensuring greater food security in urban areas, especially in low-income neighborhoods.

While urban and rural health are connected in certain ways, there are very different dynamics at play. Diseases have a much greater probability of rapidly expanding in urban areas. However, health practices in urban areas are often more advanced and efficient than they are in rural areas. Even though delivery and policy may differ, they should work together to fight diseases in this mobile world.  This would seem to be especially true of those related to environmental sanitation, such as those that can be fixed with water systems free of the mosquitoes that carry dengue fever and Zika virus (an area of IHC policy focus) as well as those that are highly contagious, such as the spread of the Ebola virus from rural to urban areas led to a major epidemic.

Another heavily discussed issue is one that IHC would particularly like to see improve quickly: the state of gender in urban areas. Safety in urban areas, especially for women is seen as an important aspect of SDG 5 as well as being integral to SDG 11.  A survey done last year for example found that 50% of women in London have experienced harassment in just the last year on public transportation. This issue doesn’t just affect women’s well-being; it affects their economic opportunities as well, as they are less likely to take a job if there is a safety risk.

Another issue that IHC is especially passionate about is inclusive housing, a platform for our organization. The rapidly rising population of slums and land access for housing and secure tenure were key issues in the ultimately successful debate about having a stand-alone urban goal. IHC agrees with the discussion’s emphasis on the potential that the improvement of inclusivity in housing will help improve many of the issues cities face, including health policy, food security and women’s rights. 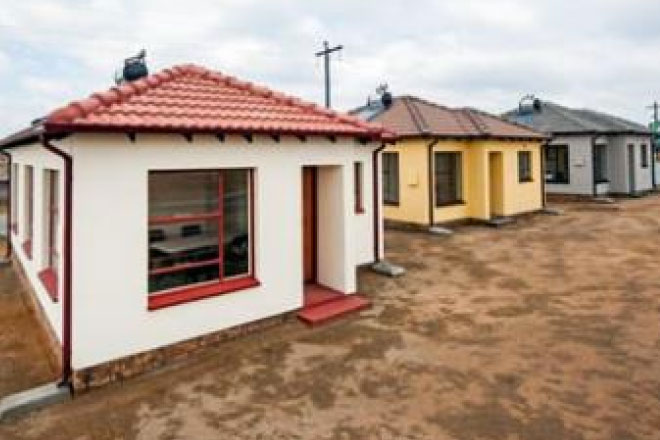